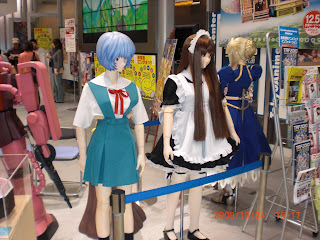 Another Hump Day has arrived. However, there is one little corner on Earth that is in fine celebratory fettle right now, and that would be the region where the "Kobayashi-san Chi no Maid Dragon"（小林さんちのメイドラゴン...Miss Kobayashi's Dragon Maid） fandom resides. The second season, known as "Kobayashi-san Chi no Maid Dragon S", had its premiere a few hours ago fulfilling a wish that fans have had since the first season ended all the way back in Spring 2017. And I think especially after the arson attack on Kyoto Animation in 2019, those prayers had been especially intense.

I remember when another anime franchise, "Kaguya-sama wa Kokurasetai ~ Tensai-tachi no Ren'ai Zunousen"（かぐや様は告らせたい〜天才たちの恋愛頭脳戦〜...Kaguya Wants to be Confessed to: The Geniuses' War of Love and Brains）, had finished its first successful season in 2019 with folks swooning at the opening theme song by soulful Masayuki Suzuki（鈴木雅之）and Rikka Ihara（伊原六花）, "Love Dramatic"（ラブ・ドラマティック）. The following year when the second season was on the verge of being televised, fans were openly praying that Suzuki would come back with another barnburner of a song. Wish granted with "DADDY! DADDY! DO!" with assistance from Airi Suzuki（鈴木愛理）.

We might be seeing the same phenomenon taking place with "Kobayashi-san". The adorable and slightly jazzy opening theme from the original season by fhana, "Aozora no Rhapsody" （青空のラプソディ）, had everyone enthralled and in commemoration of the coming second season, the original cast even did their own rendition of "Aozora no Rhapsody" last week. I'm sure that fans were hoping that fhana would come up with another catchy and delicious hit for the second season opening theme.

Once again, I say "Wish granted". With an opening credit sequence that incorporates even more dancing and singing by the characters, fhana's 16th and latest single "Ai no Supreme!" (Love Supreme) is going to be making waves. According to J-Wiki, it will be released on July 14th and as I'd hoped, it's another banger with some funk and rap and samba this time around. Written by band leader Junichi Sato（佐藤純一）and lyricist Hideki Hayashi（林英樹）, the same duo behind "Aozora no Rhapsody", there's a bit more of a fun vocal give-and-take between fhana members towana and kevin mitsunaga with "Ai no Supreme!".

Of course, there has to be an official music video for "Ai no Supreme!" and it's done in the same style that the video for "Aozora no Rhapsody" was created. Once again, as I did for the first season and the first theme tune, I've ended up falling for the second season and second theme tune even before I get to see a single episode. But I also have to remind myself that my time with fhana didn't begin with the "Kobayashi-san" franchise. It was all because of a glorious ending theme they sang as their debut single back in 2013 for "Uchoten Kazoku"（有頂天家族...The Eccentric Family）.