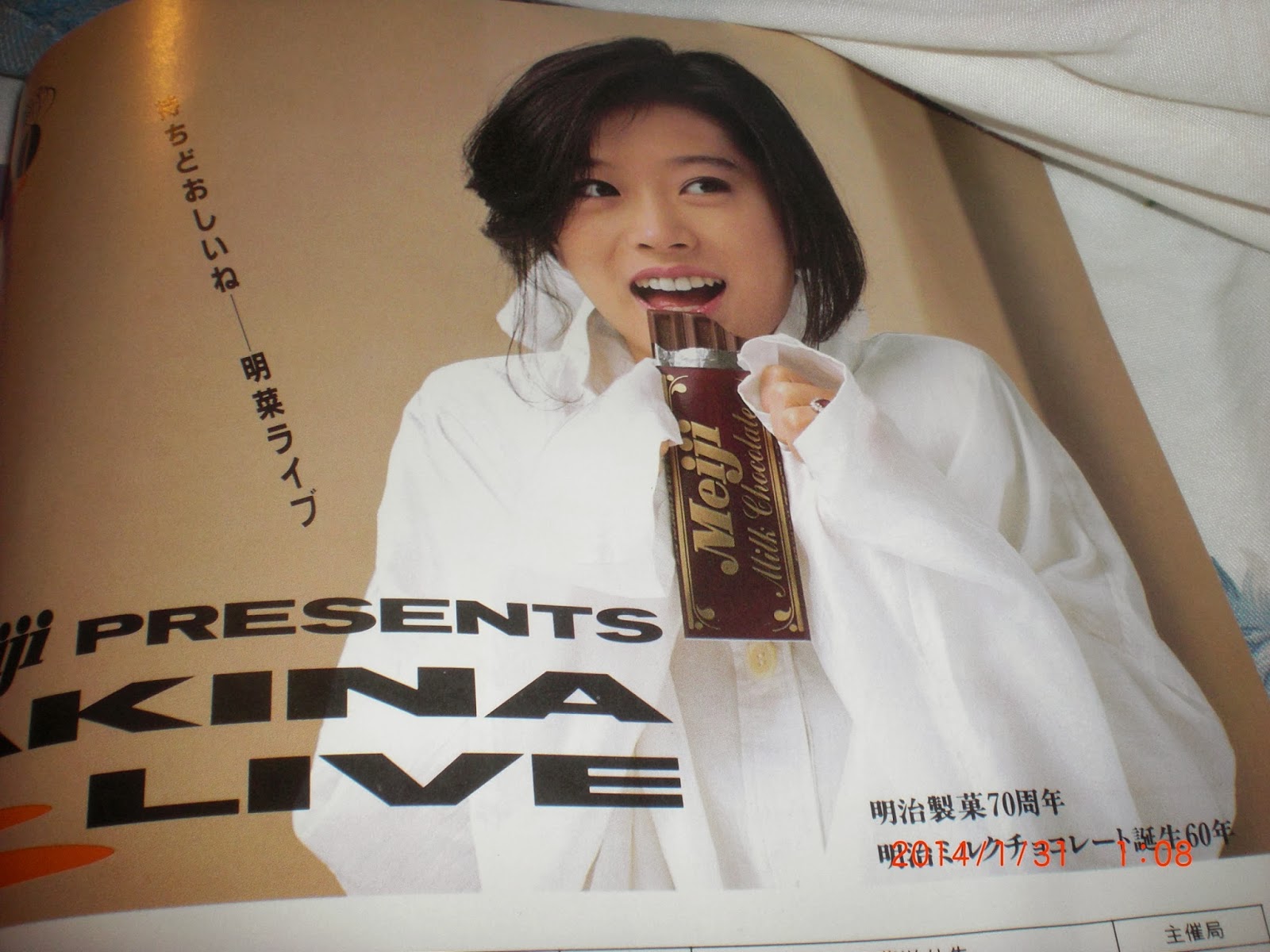 One of my first entries for "Kayo Kyoku Plus" was Akina Nakamori's（中森明菜）"Bitter and Sweet" album from 1985. I had been enthused to write about it, and yet I only wrote about the first two songs which troubled me to a certain extent considering that I've always considered her 7th album as the gamechanger in her career. For this album, composers and lyricists from EPO to Yosui Inoue to Toshiki Kadomatsu to Minako Yoshida had their fingers in this pie, so to speak, and from that factor, Akina-chan was stretched to try a number of genres within Japanese pop music.

As I mentioned in the original article, "Bitter and Sweet" was divided into the bitter A-side and the sweet B-side, and it was there that I talked about the two songs on that former side, "Kazarijanainoyo Namida wa" (飾りじゃないのよ涙は）and "Romantic na Yoru da wa"（ロマンチックな夜だわ）. And I also talked about "Yokan"（予感）, Track 3 on Side A which also got a place on a smaller mini-album, "My Best Thanks" which came out at the end of 1985.

The other notable song from that bitter side was "Babylon" which was created by the good folks at Sandii and the Sunsetz. Sandii herself took care of the fiercely enticing lyrics and the backup vocals while her bandmate Makoto Kubota（久保田麻琴）came up with the alternately mysterious and raucous melody. Throughout "Bitter and Sweet", Nakamori was a melodic chameleon....or a block of tofu, if you like....absorbing the various flavours of the styles of the singer-songwriters, and here, she took on that pop/rock pose. The song portrayed Babylon as this hedonistic palace where angels and devils could both sip their champagne and make merry....hmmm....sounds like the ol' Gas Panic in Roppongi. In any case, what struck me was the usage of English and the way that Akina kept enunciating the title in a silky and dangerous voice as if she were Lorelei herself. She could promise a lot of pleasure but could not guarantee protection from the potential pain. "Babylon" was definitely well-suited for the A-side.

As much as "Babylon" put a definite period onto the bitter side of "Bitter and Sweet", "Unsteady Love" set the tone for the sweet side with its summery boppy beat by Toshiki Kadomatsu（角松敏生）. Akina grabbed the song and ran down the beach with it like a post-exam coed on vacation. And considering it was written and composed by Kadomatsu, there was a certain Anri-ness（杏里）to the overall feel of the tune. Yet, there was also a bit of a connection between "Unsteady Love" and "Babylon" in that the first song of Side B hinted at young, shallow and tenuous early relationships. But unlike the devilish leer of "Babylon", "Unsteady Love" presented its hedonism with a feckless grin. Hey, it was fun but gotta go....y'know what I mean, eh? (air kiss)

"Koibito no Iru Jikan"（恋人のいる時間...Lovers' Time）had Akina covering the City Pop beat with that sax and synth. I could see the skyscrapers of West Shinjuku at sunset listening to this one easily. Written by SHOW and composed by drummer Akira Jinbo（神保彰）of the famed Japanese fusion band, Casiopea, the song related a relaxing day (despite the urgent beat) of a young couple probably high up in a hotel suite or swanky apartment in that very area. As I put in the "Bitter and Sweet" album into the player again, I had to think about how the melody went but as soon I heard it again, I finally realized how cool and urban it was.

"So Long" was another Toshiki Kadomatsu creation for Nakamori. Unlike the happy-go-running "Unsteady Love", "So Long" was a much more laid back "Smell the roses" ballad with some old-fashioned soul thrown in for good measure. I think it made for a nice little warm-down for the listener as the album started to draw to its end.

And finally the album came to a soft landing with the even softer ballad "April Stars" by the Empress Dowager of J-R&B, Minako Yoshida（吉田美奈子）. The singer sang about a couple confessing and acknowledging their love one night almost like a lullaby, and it made for a fine quiet ending to an album that began with a roar.

As I said before, the first album I bought of Akina was "D404ME", a good work in itself that was released just 4 months after this album. However, getting introduced to "Bitter and Sweet" was the point where I solidly became an Akina Nakamori fan. All that variety in melodies and styles matched with the former aidoru's developing and deepening vocals came together to create one of my favourite albums in my collection. There are actually a couple of tracks left that I haven't covered yet but it will just be a matter of time before my talk on the No. 9 album of 1985 is complete.
Posted by J-Canuck at 3:58 PM