I couldn't quite believe the background story behind singer-songwriter Ayumi Nakamura（中村あゆみ）when I read it on J-Wiki. All these years, I'd thought that the Osaka-born singer was hitting the drums or the guitar from an early age. Well, what I found out was that once she graduated from high school, the singer-songwriter had been an office worker and then a road construction worker by day and a disco queen at night. But the kicker was the following incident. One night when a burglar had entered her home, she fled to an acquaintance's drinking establishment where she met music producer Ken Takahashi（高橋研）, and he found out (as I have now) that until that fateful meeting, Nakamura had never really listened to music or hadn't even owned a single record in her entire life.

And yet, she apparently had earned enough of a reputation (probably at the discos) that some big talent agencies asked her if she would join them. She didn't bite. It took that home invasion and a run into Takahashi to change her life permanently...such is the stuff that trendy dramas are made of. In September 1984, she made her debut with "Midnight Kids".

However, it was with her 3rd single from April 1985 that she hit pay dirt with "Tsubasa no Oreta Angel" (Angel with Broken Wings), a pop/rock concoction created by Takahashi himself that is reminiscent of early Kahoru Kohiruimaki （小比類巻かほる）and Misato Watanabe（渡辺美里）. Like those two singers, she had the husky voice to match although her appearance from the video above had her looking a bit more cutesy pop than rock. I found out about Nakamura via this very song through one of the compilation tapes, and listening to the good old-fashioned rock n' roll beat, I later wondered if there had been inspiration from Motoharu Sano（佐野元春）.

"Tsubasa no Oreta Angel" became Nakamura's biggest hit which sold close to 400,000 records. It peaked at No. 4 on Oricon (although her 6th single peaked at the higher rank of 2) and became the 12th-ranked single of the year. 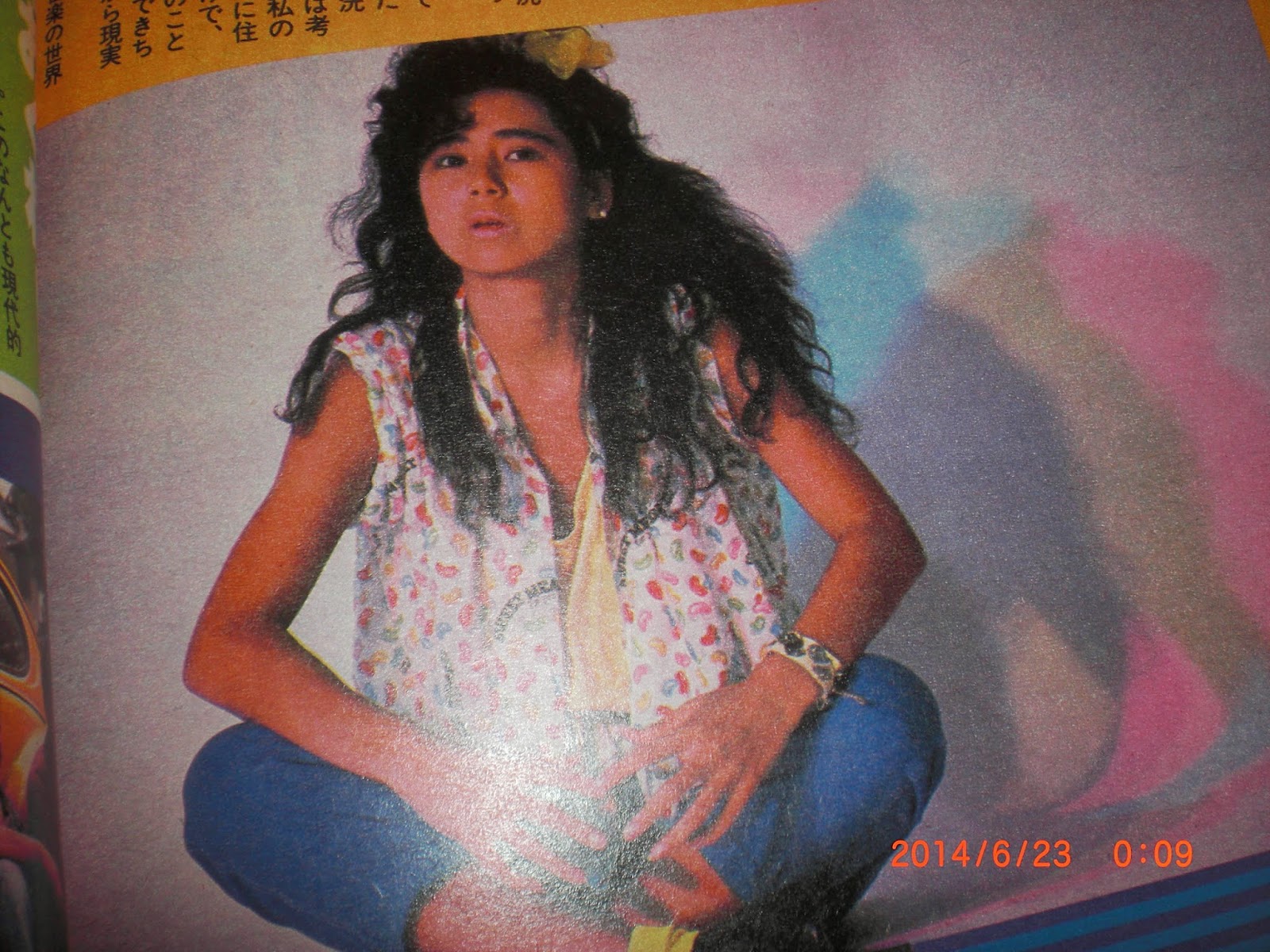