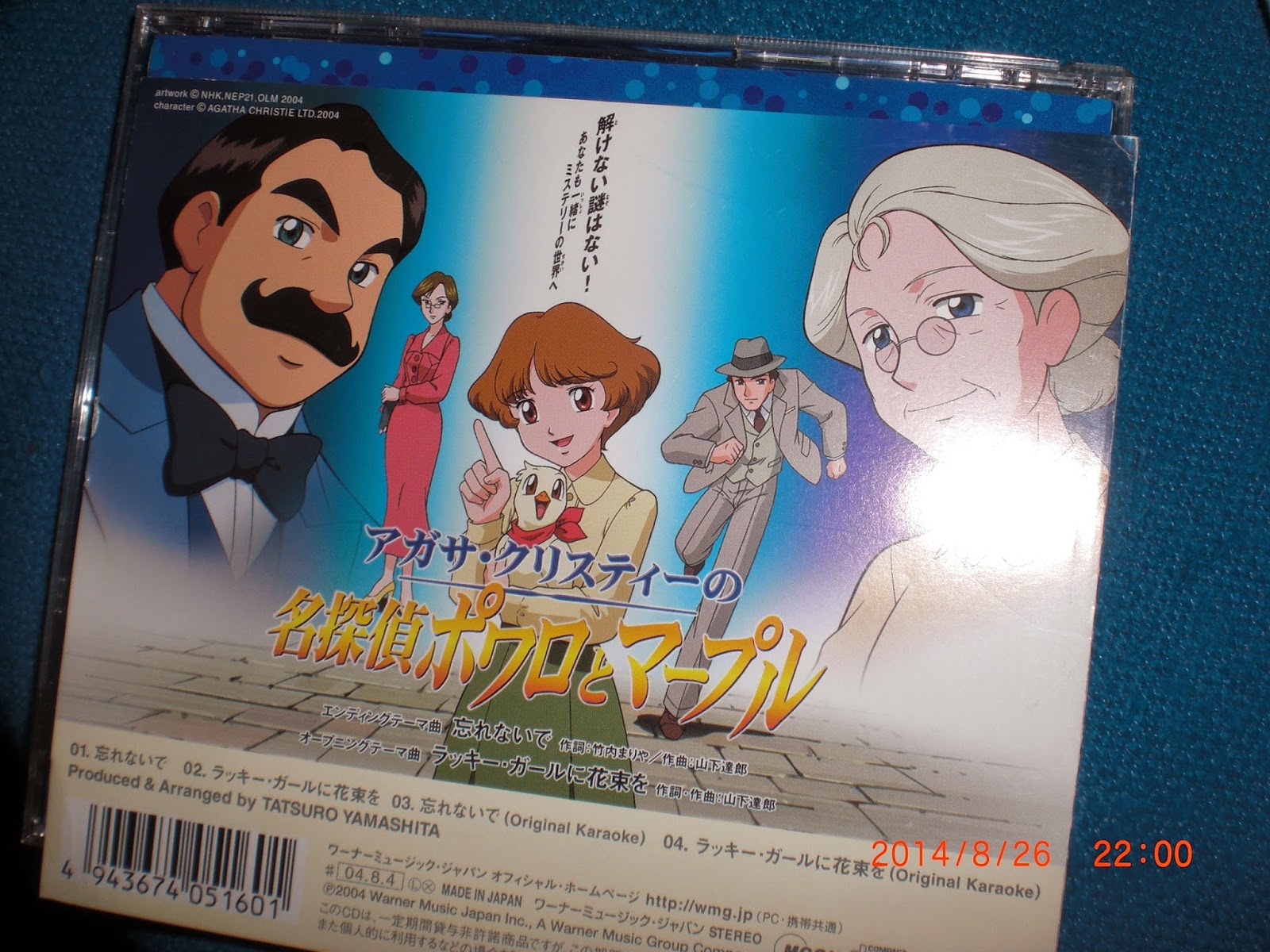 Well, I figure if they could make an anime out of Lucy Maud Montgomery's "Anne of Green Gables", then what could stop the industry from making a similar product out of the works of one Agatha Christie? The Japanese love their mysteries, and there are die hard fans over there in Japan who love her works along with the stories of Arthur Conan Doyle (heck, a famed pint-sized detective is partially named after him).

And sure enough about a decade ago, NHK broadcast an anime series for the better part of a year titled "Agatha Christie no Meitantei Poirot to Marple"（アガサ・クリスティーの名探偵ポワロとマープル...Agatha Christie's Famed Detectives Poirot and Marple）. I watched a good portion of the episodes which came right after the 7 p.m. news, and was pretty impressed by the clarity and the richness of the images. Of course, being an anime, there just had to be a cute girl character and an unusually sentient duck by the name of Oliver.


I gather that for such a production, NHK also wanted to bring in the big guns for the opening and ending themes. And so came in Tatsuro Yamashita（山下達郎）. I'd been expecting something somewhat more classical due to the 1930s setting, but the ol' New Music/City Pop veteran brought some of his old flavour into those themes. I liked both of them so much that I ended up getting the single. The ending theme was the designated "A-side" and titled "Wasurenaide" (Don't Forget Me) which is this fairly epic love song that sounds a lot like the music that his old friend, the late Eiichi Ohtaki（大瀧詠一）would have composed. Yamashita was actually the composer here though and his wife Mariya Takeuchi（竹内まりや）took care of the lyrics. Although I thought there was something 50s about it, according to the J-Wiki article on the song, Tats patterned the melody after a canzone (or Italian ballad), something that he had apparently wanted to do once he passed the age of 50. I don't think I've ever heard a canzone, so if there are any experts in the genre reading this who would like to confirm whether "Wasurenaide" sounds a bit Italian, please let me know. In any case, I thought it was a pretty dramatic way to end a weekly anime. The above video is an episode, but below is the full version of the song.

(Unfortunately the video has been taken down.)

Mariya herself did a cover of the song with the same arrangements, and listening to her sing "Wasurenaide" brought back some of those memories of her early days as a singer.

The opening theme (and the coupling song on the CD), "Lucky Girl ni Hanataba wo" (A Bouquet For The Lucky Girl) is definitely Tatsuro Yamashita from his 80s City Pop days. As soon as I heard the opening credits roll, I just thought "Yup, he's back." Those first few bars just sounded like the theme he created for the 80s surfing movie "Big Wave" which certainly got me in the nostalgic mood, and yep, it sounded rather atypical for an old-style detective anime, but I didn't complain about it. It was nice to hear some of the old Tats again after a long while. I had that urge to hit a beach although I have never surfed a day in my life. He took care of both the melody and lyrics.

Not sure how long the video at the top will stay up, but this is the first episode from "Agatha Christie no Meitantei Poirot to Marple". In any case, Yamashita's 39th single from August 2004 got as high as No. 14 on the Oricon chart. Both songs were also included on his 12th album, "SONORITE" from September 2005 which peaked at No. 2. 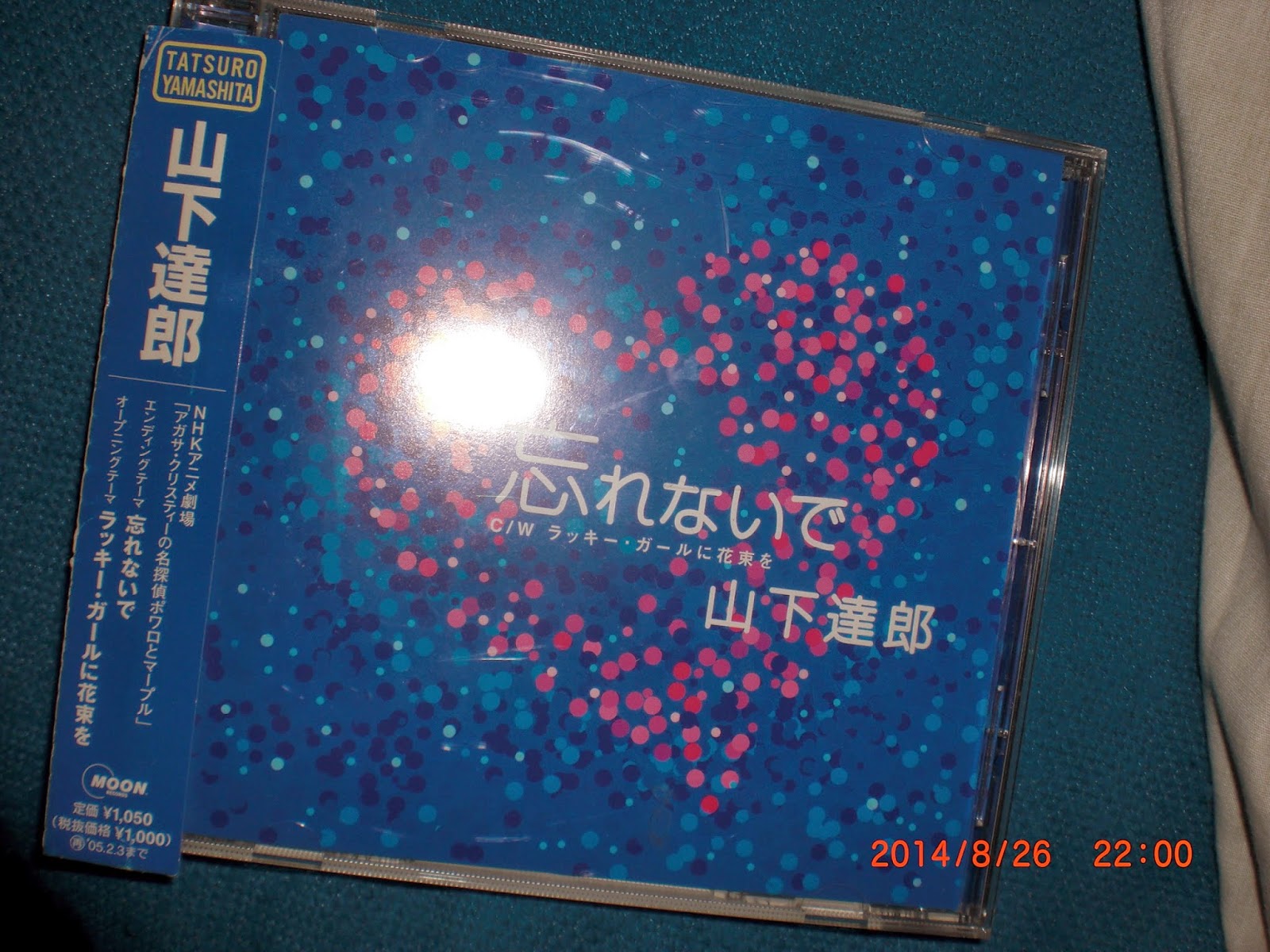