Kozo Murashita (村下孝蔵）was a singer with this wonderfully mellow tenor who was born in 1953 in Minamata City, Kumamoto Prefecture. I heard a number of his lovely folk songs before and after "Hatsukoi"...all written and composed by Murashita. But it was this single, released in February 1983, that got him near the top of the charts...No. 3, to be exact.


"Hatsukoi"(First Love) would be Murashita's most popular song, and it doesn't sound like a folk tune due to the synths and the arrangements by Kimio Mizutani（水谷公生）. It comes off as sounding quintessentially early 80s pop, although in concerts, Murashita has always maintained his folksy approach by appearing on stage sitting on a stool with just his guitar and a microphone. The song itself has become a standard with many singers afterwards covering it in their albums (Misato Watanabe, Noriyuki Makihara, etc.). And it's no surprise...great melody and lyrics that anyone who has ever pined for that boy/girl in school can relate to.

The lyrics themselves are written as such that they would make the perfect backdrop for Charlie Brown's eternal pursuit for the Little Red-Haired Girl. If Chuck could speak Japanese, he would be saying these words himself. And considering that the Peanuts gang are so popular in Japan that they've appeared in commercials, I'm surprised that noone has put 2 and 2 together and tied up this song with good ol' Charlie Brown.


As I said, over the years, a number of J-Pop singers have covered "Hatsukoi". I've only heard one cover version and it's a smash. Chikuzen Sato（佐藤竹善）, the lead singer for Sing Like Talking, gave a truly funky rendition in 2007....the electric guitar sounds like something Santana would play and the arrangement would give Steely Dan nosebleeds. It makes it really hard for me to decide which version is better.

As for Murashita, sadly, his life was cut short due to a stroke during a rehearsal in 1999.

December 23 2012: Thanks to jarteaga obregon, he informed me about 80s aidoru Hiroko Mita's（三田寛子）version of the song. This was released as Mita's 5th single in April 1983. 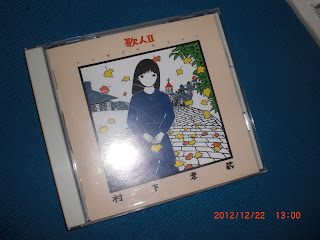