Well, you can't say that I didn't try. I was just listening to and viewing some random Japanese stuff on YouTube when I came across a video of the pilot episode to Fuji-TV's "Tokyo Love Story"（東京・ラブ・ストーリー）...including the opening credits with the theme at around the 2:40 mark. Even the truncated version of an Oda classic is acceptable....even more than 20 years after the show had initially aired. Through the opening, you can get to see what the young folks wore and laugh at the fact that they were still using green public phones and telephone cards.

As for my thoughts on the song itself? Like a John Williams movie theme, "Love Story" acted like that tenth player on a baseball team. It's hard to explain, but it just seemed to enhance the topsy-turvy world of Kanji and Rika. And when I see the opening credits, I just get that urge to return to Tokyo. The song just seemed to fit the life of the world's largest megalopolis.

"Love Story wa Totsuzen ni"(Suddenly, A Love Story) was released as a single in February 1991 before being included in Oda's first Best album, "Oh! Yeah!" later in May. The single became the No. 1 song for the year and the album sold a record-setting 2.7 million discs at that time.

Oda, who has earned a reputation for not being a huge fan of TV appearances, finally relented and made his very first appearance as a solo artist at the 1991 Fuji-TV Song Festival（FNS歌謡際）on December 3 to sing "Love Story". (I remember watching the performance some years later, and it still gave me goose bumps.) I'm sure there was much watercooler talk the next day after that, and such was that appearance that the coverage was shown again on a Fuji-TV New Year's Eve special.

For the CD single, there was a small battle between Oda on one side and Fuji-TV & the recording company, Fun House, on the other about the titling. Fuji-TV and Fun House had wanted to make "Love Story" the A-song, while Oda, who was more partial to the other song "Oh! Yeah!", had insisted on making it the A-song. After a brief tete-a-tete, there was a compromise and both songs became the A-song...which is why the CD case has the same picture of Oda jumping in a tux on both sides but with "Love Story" in large print on one side while the same treatment is given to "Oh! Yeah!"on the other.

Seems like "Love Story" had quite a story of its own to tell. Now, if someone could upload that Oda appearance... 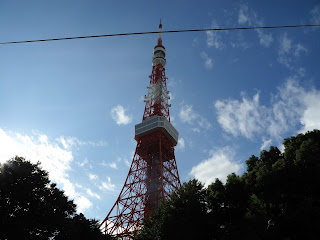