A few celebrities have passed on in the past several days. David Bowie was one with actor Alan Rickman coming very quickly after (loved him as the deliciously villainous Hans Gruber in the original "Die Hard"). And now I have found out that Glenn Frey of The Eagles also left this mortal coil earlier today.

I was not an Eagles fan but certainly through the karaoke bars and boxes, I've heard enough takes on "Hotel California", and the band was almost right up there with The Beatles, The Ventures and Carpenters in terms of popularity in Japan. In fact, the first teacher I worked with on the JET Programme was an Eagles fan and I think part of the reason for him being so musical was his love for the music of Frey and Don Henley. Of course, my connection with him was through his work in the 1980s with his pop hits of "The Heat Is On" and "You Belong To The City".

However one of the most hauntingly beautiful ballads that I have heard was "Desperado" as sung by Frey. My own rule on the blog as applies to me is not to feature the same singer twice in a month, but I wanted to give my own tribute to Frey through a couple of cover versions by Japanese artists, one who was just put up a few days ago.

Chikuzen Sato（佐藤竹善）gives an absolutely beautiful bluesy version of "Desperado" on his 1995 "Cornerstones" album. Perhaps not through his voice, but melodically, he may have been channeling Ray Charles though the synths were a bit twee.


Then, there is Superfly's version which came out on her 2010 album "Cover Songs: Complete 'Track 3'". I couldn't help but be reminded of Linda Ronstadt singing the song while listening to Superfly.


Of course, I will leave off the man himself. I'm not a religious person by any means but if I were, I can imagine that both Bowie and Frey must be having one heck of a jam session right now. 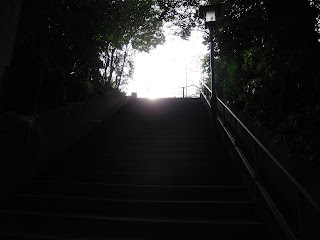