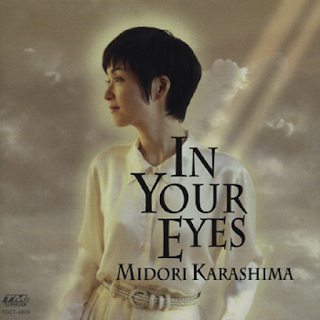 Do you believe in astrology?  I personally believe some of it.  I've always loved "mysterious stuff" and around 10 years ago I even picked up palm reading and Zi Ping Ba Zi (子平八字), a branch of Chinese astrology, on my own.

In Western astrology, it categorizes the 12 zodiac signs into 4 elements: Earth, Air, Water, and Fire.  For instance, I am an Aquarius and its element is Air (contrary to the word aqua which leads people to think that it's Water!).  In fact, Aquarius, Gemini & Libra are Air elements and they're said to belong to the Air Sign.  Similarly, the Water Sign includes Pisces (Feb 19 - Mar 20), Cancer (June 21 - July 22) and Scorpio (Oct 23 - Nov 21).

It is said that people with Water Sign are intuitive, sensitive, empathetic and compassionate.  They're symbols of motherhood in that they're receptive and nurturing.  The downside is that when it comes to relationship, they tend to be passive, emotional and may behave irrationally.  Despite being badly hurt, Water Sign lovers may choose to continue the relationship due to their receptive and nurturing nature.

In Karashima's song, we meet such a woman.  The relationship has been deteriorating.  She senses that her lover has been having an affair even though he does not admit it himself.   She wants to find out but she can't.  She is too afraid to find out the truth.  At the end, she chooses to turn a blind eye on her boyfriend (or husband?) and continues with this relationship.

You would expect Midori Karashima to use a lot of analogies in her lyrics.  Water Sign is no exception.  In the first 2 lines of the song, she uses the phase of the moon to symbolize the relationship.  It's "full moon" at the beginning but now it has become a "crescent moon." Soon it'll be all dark before another new moon phase (new relationship) begins.  It reminds me of something that I heard before.  A student of the great writer, Soseki Natsume (夏目漱石), was trying to translate "I love you" to Japanese.  He translated it literally.  When Natsume saw it, he corrected his student and said it should be translated as "The moon is beautiful, isn't it?"  I suspect Karashima was thinking about that when she wrote the song.

Later in the song, Karashima also uses a long-used glassware as an analogy to the relationship.  It looks reliable but since it's still glass, it's brittle!

I love Water Sign's arrangement and its rhythm a lot.  I especially like the beginning of the song as it conveys a mysterious mood (Didn't I tell you at the beginning of this post that I love "mysterious stuff"?).  I also like the use of the flute as it adds complexity to the melody.  In my opinion, Water Sign demonstrate Midori Karashima's singing talent, that she can handle a wide range of ballads.

Here's what I could find on the web:

Too bad, there used to be a video of Karashima singing this song in a music program, but it has been removed by YouTube.  Although this is an incomplete version, but only the last chorus was cut so you can still hear 90% of the song.


Note: I obtained the album image from iTunes Japan when I bought the album itself.  Copyright goes to whoever's the owner.
Posted by Larry Chan at 10:18 PM