This is another one of those songs that I've come across by accident and quite like but haven't been able to glean very much information about the singer. Perhaps I should create a new category labeled "Unsung Singers", no?

"Konya dake Koibito" (A Lover For Just Tonight) is a pleasant and breezy mid-tempo tune that hints at a just-as-breezy love affair far from Japan. Apparently, the first Japanese singer to cover it was Yuko Shibuya（渋谷祐子）in 1979, but aside from that fact, I have no other information on this singer except that she has the right type of voice for this tune. I couldn't even track down who did the Japanese lyrics.

(November 7 2018: Ahh...thanks to one page, I found out that Kozo Endo（遠藤幸三）was behind the Japanese lyrics with Ichizo Seo（瀬尾一三）taking care of the arrangement.)


Far from Japan is right since "Konya dake Koibito" originated from "C'est Un Dernier Nuage" (It's The Last Cloud) which was written, composed and sung by Jean-Jacques Debout in 1979.


There was also another cover by a Japanese singer-actress-radio personality by the name of Mayumi Terashima（寺島まゆみ）, although I don't know exactly which year she performed "Konya dake Koibito" (at least she has a J-Wiki page). The arrangement is basically the same as the Shibuya version but although both Terashima and Shibuya acquit themselves well here, I would have to go with the Shibuya version due to the richer vocals.

If anyone out there has any further information or any corrections on this song and on any of the folks I've just mentioned, let me know. 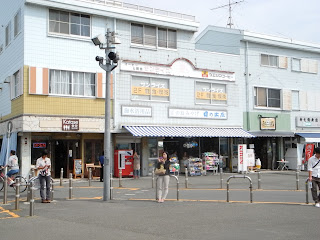