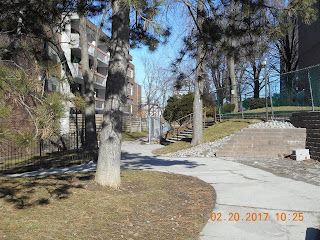 The above was just taken a few days ago over the weekend but it's still quite reflective of some of the unseasonable but welcome weather we've had today. We actually hit around 17 or 18 degrees Celsius which has smashed a record for a high temperature that had been set all the way back in 1984 (14.9). So, of course, part of the news broadcast had cameras focused on the patio bars which were packed with beer lovers tonight...not a scene that is typical of February in Toronto.


At this point, if chanteuse Haruko Kuwana（桑名晴子）had yelled out the title of this tune to everyone here today, everyone would have enthusiastically nodded back. "You're Young" was one of the tracks on Kuwana's debut album "Million Stars". Up to now, all of my articles on this singer with the great soulful voice were based on material in the 1980s but even back in 1978 when this album was released, she was belting out some wonderful stuff.

Hearing those vocals and the saxophone in the instrumental, the song does have the power to bring back some of that ideal summery sunset weather. Kuwana would have had a pretty nice outdoor concert at the Bandshell near the CNE by Lake Ontario with this album, I think. Unfortunately, I couldn't find out who was responsible for creating the song although a part of me thinks that the singer herself may have had some hand in either the lyrics or music.

March 3rd 2017: It turns out that I actually had the original version on one of the American AOR compilations I bought years ago. "You're Young" was performed by the Mackey Feary Band on their self-titled first album from 1978.