Hi, nikala here. I wouldn't say that I officially retired from blogging, but my life isn't the same as it once used to be to allow me such a luxury. The funny thing that in between all the outings, housework and a taking care of a baby I do listen to a lot of music, Japanese too, that livens up my apartment. It's just that I have no time to actually sit down quietly and write about it. On the plus side, I read articles Kayo Kyoku Plus a few times a week and am very impressed at how much this blog has grown thanks to new collaborators and the expansiveness of Japanese music itself. I'll try to blog here and there without neglecting my real life obligations.

I've noticed that within the past half-decade or so there has been a surge of musicians and singers reviving and modernizing the nostalgic sounds of City Pop: Especia, hitomitoi, Junk Fujiyama, just to name a few. One such artist that particularly impressed me is Ko Nakashima (中島孝), a young singer-songwriter from Saga Perfecture now based in Tokyo. I came across his name in mid-2016 when I read that he shares the same management company as Especia and Suiyobi no Campanella, Bermuda Entertainment Japan. I was led to his Soundcloud page where I listened to a bunch of his songs and became impressed. His approach to modern City Pop contains the right balance of acoustic and digital elements, though his later work has more of the later. The song I'm focusing on, drop, is from that earlier period. It was released in December 2015 as a Tower Records exclusive single and collaboration with an Indonesian City Pop band called ikkubaru (more on them here). A lovely song right here, with that really urban mood in the verses and the indie rock treatment in the refrain and especially the bridge. Not sure what the lyrics are about, but I welcome the introspective mood especially with Nakashima's soft and emotive voice.

From what I gather from his Facebook page and this Rooftop article, he got his start in 2010 under the pen-name Nakakoh and released several independent EPs before switching to his current name in 2015 and moving to Bermuda. You can pretty much listen to his entire discography on Soundcloud. As of late 2016, he also has been working as part of a synthpop group called INDEEA that includes members of another City Pop backup band Hi-Fi City. 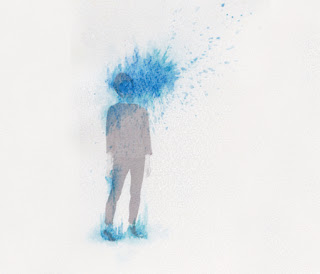