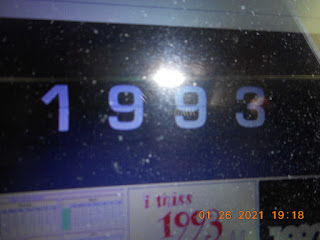 As much as there are probably dozens of 70s and 80s aidoru that I have had no idea about so far, I'm thinking that the same is most likely true for 90s pop singers. Case in point is one Hiroko Sohma（相馬裕子）, a singer-songwriter from Nagoya who was releasing singles within that decade but has been putting out albums up to 2009.

I managed to this one track from Sohma's 3rd album "Eien wo Sagashi ni"（永遠を探しに...In Search of Eternity） which was released in March 1993. "Watashi wo Tsukamaete" (Catch Me) is a solid pop song that actually wasn't created by her. Instead, it was Miyako Yoshimura（吉村みやこ）and Seishiro Kusunose（楠瀬誠志郎）behind words and music respectively. With Sohma's clear vocals, the strings, the twangy guitar, the whimsical trumpet and the overall upbeat arrangement, "Watashi wo Tsukamaete" feels like a hybrid of a late era Beatles song and early era Chika Ueda（上田知華）when she was with performing with Karyobin. Perhaps it can be said to be a 1990s version of that Fashion Music by Ueda, Ruiko Kurahashi（倉橋ルイ子）and Asami Kado（門あさ美）.

Sohma got her start in music in 1984 by becoming a vocalist in a band in junior high school. Half a decade later following her graduation from senior high, she began singing in live houses before releasing her debut album, "Wind Songs", in 1991. At the same time, she also acted as an on-air assistant for KBS Kyoto's radio program "Hyper Night"（はいぱぁナイト）. She ended up releasing 5 singles up to 1997 and then a total of 12 albums (including 2 BEST releases). In October 2017, Sohma apparently became the president of a chain of dining establishments that her partner had set up, according to her J-Wiki article.