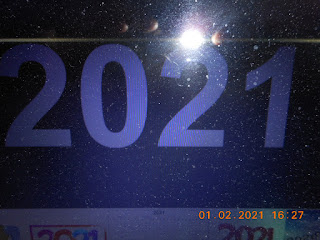 For all those fhana fans, remember when I put up the article for "Aozora no Rhapsody" （青空のラプソディ）years ago, noting that that had been the first time that I ever fell for and wrote about an anison before even catching the first episode of "Kobayashi-san Chi no Maid Dragon"（小林さんちのメイドラゴン...Miss Kobayashi's Dragon Maid）?

Well, holy s**t and f**kin' yay! It's ha**ened again (oops, I guess I went a little overboard with the asterisks there). I had heard about this group called s**t kingz before but couldn't quite place them which is rather amazing considering that name. However, when I went to their Wiki bio, I found out that they had backed up singer-performer Daichi Miura（三浦大知）, formerly of the 90s song-and-dance group Folder, and they were the guys with him when he showed up on NHK's Kohaku Utagassen.

Now to set the record straight, s**t kingz isn't a singing group but a choreography quartet consisting of shoji, kazuki, NOPPO and Oguri, and I read on NHK's "Uta Con"（うたコン）schedule that they were up tonight to perform "Egao!" (Smile!) featuring hip-hop unit RIP SLYME member PES. And seeing the short-and-sweet music video above, just like with "Aozora no Rhapsody", I've rather fallen for the song, whistle and all, before catching "Uta Con" tonight.

"Egao!" has been up for digital download under PES' discography since last month with Masaki Tomiyama, PES and s**t kingz handling the music and the last two providing the lyrics. I'm glad that the four fellows don't take themselves too seriously but are seriously having fun with the dancing, especially while wearing clothes that seem to have come from the Sears Fall Catalog, circa 1982.

My compliments on whoever chose the setting of that house and an open-air art class. The former appears to be a mansion that YouTuber Erik Conover would explore...and yup, I've subscribed to him. In any case, I'm looking forward to seeing s**t kingz later tonight.