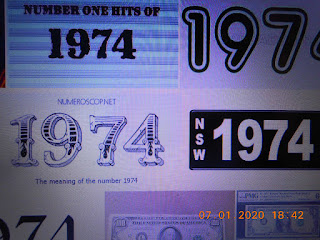 Approximately a week or so ago, commenter Owl Chick let me know about an actress and a tarento by the name of Chieko Matsumoto（松本ちえこ）who also had a stint as an aidoru in her early years.

Matsumoto, born in 1959, hailed from Tokyo and one day when she and a friend were attending a music TV show, she was scouted and was even invited to sing a Junko Sakurada（桜田淳子）song just for a lark. Well, that ended up beginning her career in show business.

In August 1974, Matsumoto released her first single, "Boyfriend", which Owl Chick is quite enamored by. Considering that her birthday was November 12th, she was all of 14 years of age as she sang about the envy of one of her schoolmates gaining that cherished of adolescent objectives: gaining a boyfriend. The song was written by Kazumi Yasui（安井かずみ）and composed by Taiji Nakamura（中村泰士）, and it's a typically jaunty aidoru song of the 1970s, ready for easy performance and consumption in a TV studio, and Matsumoto's singing is bright and as cute as a button. There's also something about the melody and the arrangement which reminds me of some 60s Brill Building song but I can't recollect which one it was.

Between 1974 and 1978, Matsumoto released 11 singles and 6 albums with a number of BEST compilations. She also appeared on many music show, variety programs and dramas up to the early 2010s. Tragically though, her life was cut short at the age of 60 in 2019 due to an aneurysm.