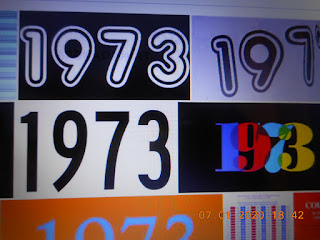 Commenter James Noah and I had a bit of a talk on some of those female wrestlers in Japan who gained enough popularity that they also cut some records. I told him about Beauty Pair（ビューティ・ペア）and then he told me about Mimi Hagiwara（ミミ萩原）who began her wrestling career shortly after the above duo provided their pop music.
The future wrestler was born in 1956 as Taemi Hagiwara（萩原妙美）and is one-quarter Swiss. She actually spent the first fifteen years of her life growing up in Switzerland before coming to Tokyo. Her childhood nickname was Mimi so it also became her stage name when she debuted on television as a teenager in the tokusatsu series "Kamen Rider"（仮面ライダー）as one of the Rider Girls who appeared in several episodes.
Under that same name of Mimi, the trilingual (English, French and Japanese) young lady also made her debut in the recording debut with "O-share na Douyoubi" (A Stylish Saturday) as an aidoru. Released in October 1973, it was the typical 1970s uptempo tune about enjoying that precious weekend day with the boyfriend. Lyrics were by the prolific Kazumi Yasui（安井かずみ）with music by Masahiko Aoi（葵まさひこ）.
Mimi would also release four more singles up to 1975 and even one album. However, tiring of the stresses of being in show business and then hearing of the fame that Beauty Pair was enjoying in the late 1970s, she would expand her stage name to Mimi Hagiwara and leave the geinokai behind to enter the world of wrestling in 1978. According to her profile in J-Wiki, she had always enjoyed martial arts since she was a kid so perhaps this was one way to make a happier living.
It was as Mimi Hagiwara that she would make her debut as a singing wrestler as well with "Stand Up" coming out in July 1981. Written by Fumiko Okada（岡田冨美子）and composed by Daiko Nagato（長戸大幸）, the song has that certain Pat Benatar pop/rock vibe to it but Hagiwara's vocals still retain some high-pitched delicacy. Over the next few years, she would release three more singles. And then in the 21st century, Hagiwara has appeared in several musical productions.
This match has Fujiwara going up against Devil Masami（デビル雅美）who also had her time behind the mike. I will have to put up one of her songs too one of these days.
Posted by J-Canuck at 4:03 PM