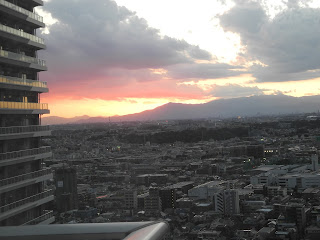 I'm finding singer-songwriter Kuniko Fukushima（福島邦子）to be one of those underrated gems that people are hopefully finding out more about. She can trip the light fantastic among City Pop, AOR and rock with a smile and a swagger. I've already written a few articles about the Okayama Prefecture native including the road-trip honky-tonk of "Bye Bye City" and the downtown boogie strut of "Boogie-Woogie"（無偽遊戯）.

Fukushima's 3rd single released in February 1979 was "Gypsy" which is slightly slower than "Boogie-Woogie" but still has that downtown strut. It really feels like that walk through Shinjuku at the turn of the decade, and the addition of the strings at the end of each chorus amps up the epic feel while the bass keeps things nice and cool. Speaking of bass, Tsugutoshi Goto（後藤次利）arranged Fukushima's melody and Machiko Ryu's（竜真知子）lyrics talk about a couple of people who may be on the run from town to town like the titular gypsies.

As I mentioned in "Boogie-Woogie", the singer is quite photogenic with her album covers, and her debut album "I'm Ready" which came out in June that same year is no exception. With that guitar, she definitely looks ready.