Fantastic Plastic Machine -- Take Me To The Disco 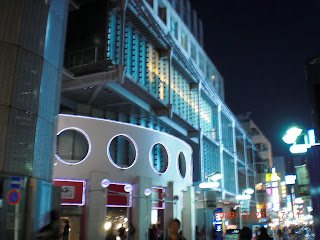 Thankfully, the dancehall denizens of Tokyo and Gunma were largely spared from my antics on the dance floor since I basically left all that behind with my university days and nights in the 1980s. Still, I did attend a few of the dance clubs during my two stints in Japan with the biggest one being Velfarre in Roppongi but I was merely a chaperone for the much younger students for that one. When I went in with them and a few of other other teachers, I hovered around the outer ring of the dance floor to make sure everyone was OK; an employee then approached and spoke to me as if I were a parent and reassured me that I could still keep tabs on my kids from one of the tables. I shuffled back there on my imaginary cane. The young'uns did appear considerably more youthful than me.

Anyways, that was about the time when this BEST album by the fantastic Fantastic Plastic Machine made its presence known on the store shelves. "Les Plus" was released in December 2001 (according to J-Wiki and Discogs) and not 2004 as stated on YouTube. Even back then, I knew that I wouldn't have been able to keep up even with the beats on the original FPM mix of "Take Me To The Disco" that launches "Les Plus". Dance stuff and Shibuya-kei are rolled up in this rollicking piece and at 37:05, there is the even more frenetic/funky and extended Malibu mix of the song.

For all those dancehall denizens in Japan, past and present, were FPM's works common things to hear in the discos of the nation? Enquiring minds (or my mind, anyways) want to know.