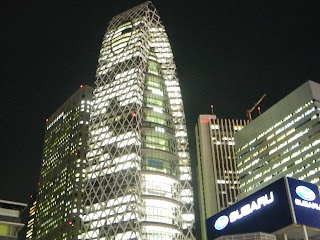 It's a Wednesday night...Hump Day aftermath and all that. Probably feeling as tired as you will get all week with two more days before the weekend. How about some "MEGA OVER DRIVE"?

Yup, nothing like a POLYSICS song to get your motor running. The title track from the techno-rock band's October 2013 mini-album sounds like what would happen if a video game soundtrack were plied with a cocktail consisting of Red Bull and atomic-grade shochu (not that I would ever recommend such a drink to humans). The synths and vocoders are really going overdrive.

Written and composed by POLYSICS members Hiroyuki Hayashi and Fumi, "MEGA OVER DRIVE" just has to get you out of your midweek blues. The guys from Devo and Denki Groove（電気グルーヴ）would look upon the song with great contentment, and my compliments also go to the music video and its denizens. Those three ladies have probably come up with an exercise regimen that could shed twenty pounds off anyone within the nearly four minutes of the song. Nice shoutout to West Shinjuku at night, by the way.