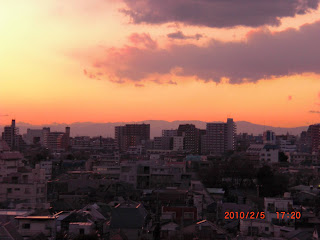 Occasionally, another source website that I view for anything interesting in the world of Japanese popular music is "90s City Pop Record Book", and that's what I did yesterday. Sure enough, I did find a couple of songs of note, one which is the topic of this article.

Now to be honest, the song "Lemonade" isn't a purely 90s City Pop song and even the author for the article talking about it has said as much. I would say that it is a gryphon of a tune by the band Flying Kids mixing in those 90s City Pop, regular pop and funk elements.

One reason that I'm including "Lemonade" today is that I haven't written anything on Flying Kids in well over 6 years since I covered "Boku de Aru Tame ni"（僕であるために）which is a stylistically different animal and a much beloved anison for "Taiho Shichauzo" (逮捕しちゃうぞ...You're Under Arrest). "Lemonade" just happens to be the title track for the band's 6th album released in December 1992, and as I said above, it's an amalgam of styles with those 90s-sounding City Pop keyboards bringing listeners in. Then vocalist/lyricist Takashi Hamazaki（浜崎貴司）brings in the pop with his delivery and the melody by Flying Kids' keyboardist Tatsuhiko Iino（飯野竜彦）before things get all funky with the horns. By the end, the City Pop and R&B sides begin competing for breathing room.

Although the author at "90s City Pop Record Book" didn't seem too complimentary about Hamazaki's singing vis-à-vis the City Pop aspect, I don't have any particular beef about the vocalist or for the song, for that matter. Perhaps Hamazaki isn't what I would call a buttery crooning master along the lines of Masayuki Suzuki（鈴木雅之）or Junichi Inagaki（稲垣潤一）but his voice is still favorably distinctive and goes well enough with what isn't a purely City Pop tune to begin with.