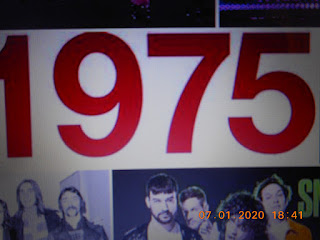 Last April, I introduced one of the tracks "Suna no Onna"（砂の女）, from singer-songwriter and musician Shigeru Suzuki's（鈴木茂）inaugural solo studio album "Band Wagon" which was released in May 1975. After further delving into the J-Wiki article on this rock/New Music album, I discovered that perhaps "Band Wagon" had been born from some pain and a feeling of betrayal on the part of Suzuki.

Maybe I've read wrongly into the article but if someone can correct me in that case, please do so. But when Suzuki and his former bandmate from Happy End（はっぴいえんど）, Haruomi Hosono（細野晴臣）, had their new outfit in the early 1970s, Caramel Mama（キャラメル・ママ）, Suzuki gradually felt that Hosono and Caramel Mama, which changed into Tin Pan Alley（ティン・パン・アレー）, were going in a different direction from what he had hoped for. As such, he decided to go off on his own to create his own album in his own way to get back at the members of Tin Pan Alley (although apparently Suzuki later had some pangs of guilt). And so, "Band Wagon" was created via San Francisco and Hollywood with recording occurring in most of November 1974.

All of the tracks were written by Suzuki's other bandmate from Happy End, Takashi Matsumoto（松本隆）, while Suzuki took care of the music and arrangements. The aforementioned first track, "Suna no Onna", with its sensation of driving in Hawaii and living the hedonistic life, was followed by "Hachi-gatsu no Nioi" (The Smell of August), which is more of a happy rock tune with a tight brass section and an even tighter lyrical focus on a fetching young lady and her bottle of Ramune.
I mentioned in the article for "Suna no Onna" that singer-songwriter Toshiki Kadomatsu（角松敏生）, as a fan of Happy End's material in his childhood, was quite surprised by how different "Suna no Onna", and most likely by association, the rest of "Band Wagon" sounded. "Hachi-gatsu no Nioi" is also different from what I have heard of Suzuki's old band. In its own way, it comes across as if Suzuki was once again kicking off the shoes and just having a good ol' time with his new compadres in a new band in America while a Schlitz and a Marlboro were not too far away. Maybe I'm going a little too sommelier here but I pick up on some country, some roots rock and maybe even a whiff of jazz. Whatever the mélange is, it had me tapping my feet as I was listening to it for the umpteenth time.
Suzuki did get his own Japanese band together, Huckleback（ハックルバック）, in that same year and up above, they are performing "Hachi-gatsu no Nioi". The original members were Suzuki, keyboardist Hiroshi Sato（佐藤博）, bassist Akihiro Tanaka（田中章弘）and drummer Toshiaki Hayashi（林敏明）.
Posted by J-Canuck at 8:32 PM