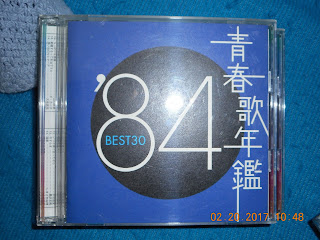 "I Wonder What You're Like?". It's something that I've heard in situations preceding blind dates. I've been on a couple of them in the past, and well, let's say the results weren't particularly happy ones. One was actually set up by one of my elderly students in Asakusa, and I discovered that the age gap between me and my date was so great that I got nervous that folks around me were muttering the words "rob" and "cradle". I bought her some ice cream.

"I Wonder What You're Like" is also the title of a track from Marlene's May 1984 album "Looking for Love". The singer's 8th single "I'll Take My Time" is also on the album, and compared to that Melissa Manchester-esque strut, this particular song has got more of a creamy soulful feel to it. Robert Kraft and Larry Carlton composed "I Wonder What You're Like" while Carol Hall provided the lyrics which show that things have progressed far better romantically for the couple in the song than anything that I have been involved in. Nice trumpet solo and Marlene's smoky vocals add that extra classy sheen.

Marlene's song is actually a cover by the aforementioned Robert Kraft through his 1982 album "Retro Active".

Email ThisBlogThis!Share to TwitterShare to FacebookShare to Pinterest
Labels: 1984, J-AOR, J-R and B, Marlene, Single