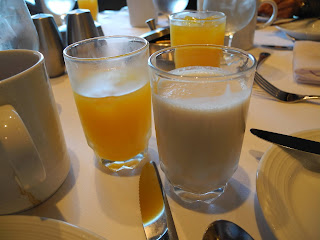 Yep, I realize that it's neither Sunday nor the morning that I write this, but hey, it's still a statutory holiday today so I'll give myself a pass here.

Of course, whenever all those City Pop fans hear the name Noriyo Ikeda（池田典代）, the Pavlovian response will be "Dream in the Street", the funky and nimble melodic strut concocted by Tatsuro Yamashita（山下達郎）alongside Ikeda's lyrics. Well, now I have here "Sunday Morning" which was totally created by the singer.

There's a lighter and breezier feeling with "Sunday Morning", as there should be for a day of the week where folks usually like to kick back and enjoy a big breakfast, even with the spike of those horns and a tempo that gets increasingly faster. Ikeda's vocals even differ somewhat here from her delivery on "Dream in the Street" with a little less breathiness and a little more push and depth. It sounds like that Sunday morning involved a happy ride out on the bayside highway.🌊Incidentally, "Sunday Morning" shares space with the title track on the 1980 album "Dream in the Street".