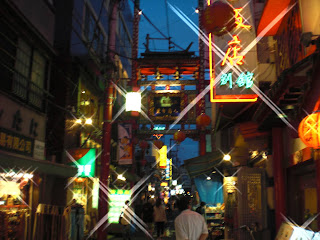 In July 2017, I put up Yuko Ohtaki's（大滝裕子）first article featuring a song, "Koi no Warming Up" （恋のウォーミング アップ）, which contributed to one of the world's peppiest jingles for a yogurt drink. Near the end of the article, I mentioned that later in the 1980s, she would join up with Kumi Saito（斉藤久美）and Tomoko Yoshikawa（吉川智子）to create the vocal group AMAZONS which not only put out their own albums and singles, but also helped as a backup singing trio for singers such as Toshinobu Kubota（久保田利伸）and Yumi Matsutoya（松任谷由実）.

It appears that one of Japan's early funksters, Kubota, then returned the favour to AMAZONS by providing a song for them called "Suna to Diamond" (Sand and Diamonds), a track on their 1988 album "Nisemono Tengoku"（贋物天国...Fake Paradise）. Composed by him and Takuo Sugiyama（杉山卓夫）with lyrics by Junko Ohyama（大山潤子）, the song seems to be relating a tale of romantic cat-and-mouse between a man and a woman over a game of cards. Not sure if it's the strip variety of poker.

To be honest, I think that I actually enjoy the melody and arrangement more than the actual vocals by AMAZONS. I mean, the sultriness is there but the harmonies aren't quite perfect. However, the music stands out for its sneaky feline shuffle and the instrumentation used such as that synth-koto which reminded me of the Asian-American band Hiroshima and their "One Wish".