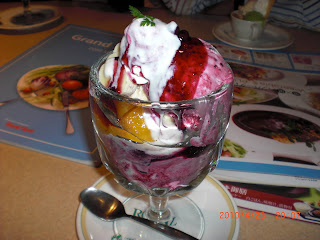 Throughout this time of listening to singer-songwriter/actor Naotaro Moriyama（森山直太朗）, I've come to the conclusion that he can come up with some of the most wholesome and moving songs while possessing a very deadpan sense of humour.

However, it is the former that I've come to highlight here with his song "Niji" (Rainbows). This apparently was never an official single but one that he made in tandem with his songwriting partner Kaito Okachimachi（御徒町凧）as a song for chorus at the 2006 edition of The NHK All-Japan School Choir Competition. School competitions for chorus are a major deal in the lives of students throughout the nation during their time in education, and I was able to attend one such competition on the prefectural level when I was on the JET Programme.

Not surprisingly, even after the 2006 NHK competition, "Niji", which can really hit listeners in the heart, has been used at chorus competitions at the junior high school level among other events, according to the J-Wiki article on the song. I wouldn't be surprised if it's been used at the high school or even college levels as well. "Niji" has been included as a bonus track on limited editions of Moriyama's November 2006 album, "Kazemachi Kousaten"（風待ち交差点...The Intersection Waiting for a Favourable Wind）, which peaked at No. 19 on Oricon.