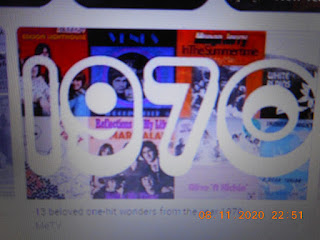 Yesterday, I provided actress/seiyuu/singer Keiko Toda's（戸田恵子）introduction into "Kayo Kyoku Plus" with her "FADE IN", very much a City Pop tune of 1983. However, I also mentioned that she did have a past incarnation as aidoru Akemi Ayu（あゆ朱美）in the early 1970s, so I wanted to include one of her songs from that period. In fact, here is "Hitori Uranai" (Fortune Telling Alone), her fourth and final single under that stage name from November 1976. It's quite the wistful pop tune especially with that haunting background chorus and Ayu's high-pitched voice delivers a rather sad tale of a relationship that is on the rocks and probably will end up staying there getting further battered by the waves.

"Hitori Uranai" was written and composed by singer-songwriter and TV personality Masashi Sada（さだまさし）, and Ayu's rendition of it was actually a cover of the original B-side for the third of six singles, their October 1974 "Tsushin"（追伸...Postscript）, by the folk duo Grape（グレープ）, which consisted of Sada and Masami Yoshida（吉田正美）. Their "Hitori Uranai" has a rich-as-mahogany folk arrangement that underlies the tempestuous situation with this particular couple. Never has romantic trouble sounded so warm and comfortable.