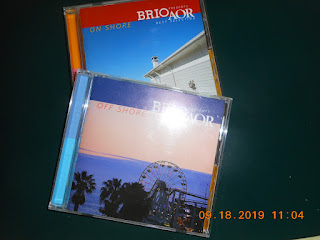 Nope, this isn't a special Sunday edition of Reminiscings of Youth per se although the sound in this particular song can definitely qualify.

Actually, "Kids" is from Young Gun Silver Fox's 2020 album "Canyons" but it brings back the sound of the late 70s-early 80s AOR so lovingly and smoothly that I just had to invite it onto the blog. Plus, after all, if Japanese artists can adopt that particular sound in that time period and if non-Japanese artists can emulate Japanese City Pop and J-AOR decades later, well, why can't current American and British musicians give their love and devotion to the original American AOR? For that matter, why can't I? Ah, before I go any further, I have to mention that one of the commenters recommended "Kids" to me but I forgot who that was, so my apologies and thanks to that person!👍
Young Gun Silver Fox is a duo consisting of California singer-songwriter Andy Platts and London-residing multi-instrumentalist Shawn Lee who first decided to bring back that light and mellow brand of music from my youth with three albums beginning with 2016's "West End Coast", "AM Waves" from 2018 and then "Canyons" from last year. Watching the video and listening to "Kids" brought some pleasurable shivers up and down my spine as I remember those furnishings and décor from many a classmate's house, and I think I actually wore what that cute lad was wearing (and I've burned the photos, so don't ask); no way that I could dance like him and the lass, though. The music, the percolating background chorus and Platts' vocals are sublimely nostalgic and one commenter stated that there is a distinct Pages vibe to the whole wonderful musical exercise which I do agree with. Incidentally, Pages has been a member of the ROY club for a year now.

The lyrics by Platts are also interesting in that it turns the definition of kids being pre-formed adults on its head. This time around, it's the adults who are just overstressed kids who have forgotten how to play and have fun. Having a mortgage can do that to you. In any case, I think that the tracks from "Canyons" would probably be more than welcome on those BRIO compilations shown at the top.