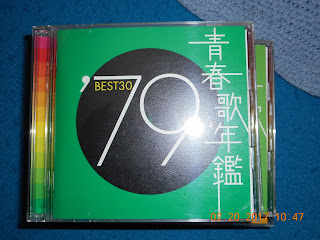 On this week's regular Reminiscings of Youth, I have this memory of a song that could have been the transition between the old disco and the New Wave.

This is going to sound so weird but whenever I hear Blondie's "Heart of Glass", my memories go back to a fishing trip that consisted of my brother, myself and a friend of mine from junior high school on Centre Island which was a five or ten-minute ferry ride away from Toronto's harbour over Lake Ontario. "Heart of Glass" was playing all over the park speakers and I thought it was an odd musical accompaniment to the attempts of getting successful at the trout pond. So, it hasn't been the fragrance of cologne and tobacco at Studio 54 but the smell of fish and lake water that has been my sense memory of this hit song from January 1979.

Still, I'm never going to confuse rainbow trout with the beautiful visage of Deborah Harry who was the vocalist behind "Heart of Glass", a song that I think mixed the disco and New Wave and has become one of my early music touchstones. It was the first time that I had heard of Blondie so I was surprised that "Heart of Glass" wasn't the debut single but something like the 10th single by the band according to their Wikipedia discography although it was first heard on their third album "Parallel Lines" from September 1978. That album cover, by the way, with Harry looking rather stern in front of her smiling band is pretty darn iconic to me.

"Heart of Glass" hit No. 1 in several countries including Canada and the United States and has even made it onto Rolling Stone's list of 500 Greatest Songs of All Time.

So, according to Showa Pops, what was also coming out in January 1979 in Japan?