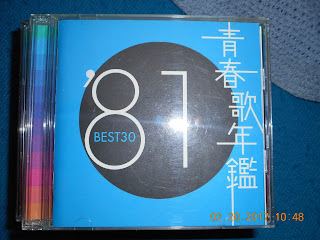 Last week, I read Marcos V's "Special Selection: Love Letter to Brazil Part II" and enjoyed it very much since I've had a predilection for bossa nova and samba in my music since I was a kid and that includes the liberal infusion of the genres into kayo kyoku. The Japanese have also had a love affair with Brazilian music for decades according to what I've been remembering.

Jazz and City Pop singer Yasuko Agawa（阿川泰子）provided her own cover of "Skindo-Le-Le", originally by the band Viva Brasil, in her 1981 album "Sunglow". It's a steady-on rendition with the good dollops of samba and fusion, and it feels like something to be played one evening in a nightclub in Shinjuku or Roppongi.

It took some digging since Viva Brasil doesn't have a Wikipedia entry but I was able to track down the site "Bay Area Bands" and finally get some information on the band. I'd initially assumed that Viva Brasil was from Brazil but actually it was born in San Francisco thanks to musician Claudio Amaral who had come up from his country to the Bay Area in 1972.

At the time, Amaral was more into the rock and pop scene and not so much into the music of Brazil since he hadn't seen it as anything special in his native land, but during that decade, he got to know the music environment and some of the local musicians. Even more importantly, he began to realize and appreciate the music from his own country. The various associations and gigs eventually led to the formation of Viva Brasil and a self-titled 1980 debut album which included "Skindo-Le-Le", their most famous number created by Amaral and Jay Wagner. Since then, Viva Brasil has been pioneering the Brazilian music scene and folding some of that into the jazz world within the San Francisco area.

From what I've seen on YouTube, "Skindo-Le-Le" has become a standard of the genre and has been covered by a number of other musical acts including Agawa, and here she is in concert performing the song. I have to admit that "Skindo-Le-Le" has gotten into my head and heart, and I almost can get up and dance but I will save your minds from that horrifying image. However, the whole thing about this classic is that I do remember one time in Japan when a group of us were at a karaoke box in Tokyo, and one of our number was a young Japanese-Brazilian woman. When one samba song got put up onto the speakers, she immediately stood up and went into a frenzied dance as if the spirit of Carnaval took hold of her. Very charming performance!