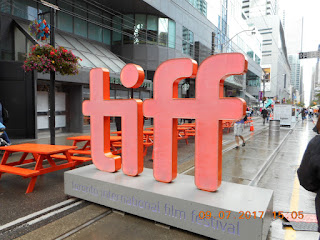 The show must go on, as they say. The annual Toronto International Film Festival premiered yesterday with a mix of live showings and online presentations following a year where TIFF was all online. A lot of folks were caught off-guard by the realization that the festival was back on which, according to the organizer, was intentional since he didn't want a whole ton of stargazers amassing downtown for their favourite stars in the middle of the pandemic. If I'm not mistaken, one of the big movies tonight is "The Power of the Dog", based on the 1967 novel by Thomas Savage, starring Benedict Cumberbatch who is also in town to promote it.

Anyways, getting back to kayo, I have another song by the late singer-songwriter Lily（りりぃ）who passed away nearly five years ago at the 64. Though I don't have a large selection by her on the blog, I've realized that she's dabbled in a number of genres: folk, New Wave and bluesy rock. Now I see that she may have also contributed somewhat to 1970s City Pop or New Music in general.

"Mizukagami no Naka" (In the Reflection of the Water), just from the title, might sound something rather dreamy and contemplative, but as I mentioned in the last sentence, it's a Lily creation that sounds quite City Pop for the decade. Speaking of which, the song was the B-side to her February 1978 single "Sawagashii Rakuen"（さわがしい楽園...Boisterous Paradise）. Lily provided words and music with Akira Inoue（井上鑑）arranging both the A and B sides which gives a big indication at how "Mizukagami no Naka" would sound.

Come to think of it, perhaps the song is actually creamy and contemplative in that I could imagine drinking a Brown Cow while listening to this.🍸 Then again, "Mizukagami no Naka" might be perfect for that sunset stroll on the boardwalk. The keyboards and those horns add to the groovy urban and urbane aural experience, no matter the setting in which you would listen to it.