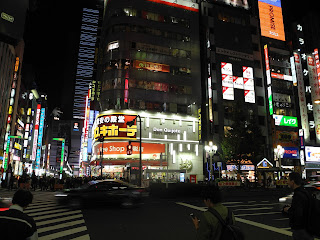 Back on Christmas Day last year, KKP contributor HRLE92 introduced himself and one of the underrated and overlooked urban contemporary bands, Platinum 900, and from listening to some of their material, I do feel that I should have rated and looked at them if given the chance. Alas, I had never even heard of these guys during my time in Japan between 1994 and 2011.

HRLE92 mentioned the album "Concerto für Jazz, Disco and Bossa Nova", Platinum 900's sophomore effort from 1998, and even one of the tracks in there, "Mercedes Life". Written by Jon Miles and vocalist Naoko Sakata（坂田直子）with guitarist and bassist Kazuhiko Nishimura (西村一彦), and keyboardist Hiroshi Iihoshi (飯星裕史) handling the melody-making, "Mercedes Life" is one splendid automobile journey of velvety soul and some disco strings. Sakata especially sounds as if she had temporally transported herself from a New York record studio in the early 1970s with that groovalicious voice of hers. Satoshi Nakamura（中村哲）, a saxophonist and keyboardist who's had a working relationship with the Anzen Band（あんぜんバンド）, took care of the arrangement with those strings and the flute.

"Mercedes Life" is the ideal mix of those 70s sunny soul nights and the Japanese music industry's late 90s/early 00s' foray into its own R&B filled with that disco, soul and funk which invited singers such as Misia, Bird and Tomita Lab（冨田ラボ）. I gave the analogy above about the song being a wonderful car ride. Well, obviously, that conveyance just has to be that titular Mercedes-Benz driving through the highways and byways of Tokyo. Moreover, although the Bubble Era had burst itself onto the ash heap of history almost a decade previously, "Mercedes Life" brings that sort of hedonistic mood back in a cool way. But in this case, the setting is not a chaotic Julianas dance club but a far more chill lounge several floors up in a Roppongi skyscraper.