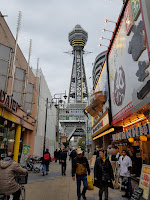 Autumn has arrived and it's been a month since school restarted. I have to say that my first summer away from home went by pretty decently. Aside from having long-awaited hang-out sessions with friends, I took advantage of my school library's decent collection of Japanese Studies books (and air conditioning) and got to reading. It was partially to study up (as sad as it sounds) for the coming semester, but also to satisfy my interests in certain topics in Japanese society. Oddly enough, the plight of domestic day labourers piqued my interest.

Beginning with the book "Men of Uncertainty: the Social Organization of Day Laborers in Contemporary Japan" (2001) by Tom Gill, and subsequently "San'ya Blues: Laboring Life in Contemporary Tokyo" (1996) by Edward Fowler, I got a look into how fellows eking out a living via day contracts of hard physical labour (particularly construction work) got by in the 90s. Many reside in particular spots in some major cities where such work is advertised (simply put) and rent is dirt cheap, A.K.A yoseba and the surrounding doyagai.

Gill and Fowler gave me a fascinating insight into the life and times of labourers in Kotobuki-cho, Kanagawa and San'ya, Tokyo respectively. Kamagasaki, the "famous" yoseba of Osaka, was more of an honourable mention. But from what I gathered, it's easily the roughest and tumbliest among the few left in Japan since the postwar era. Surely, "Kamagasaki yabai" as one of the top results when one searches for "Kamagasaki Osaka" on Google does not do it any favours. The researchers' accounts do make Kamagasaki seem like the Wild Wild West, what with the lax laws, the network of gangs, rough sleepers, shochu lovers and violently passionate unionists confined in a small square district opposite the Shinsekai. Not unlike the other yoseba/doyagai, but perhaps the stereotypical boisterous Kansai/Naniwa spirit does bring the chaos up a notch.

That said, it was the mention of San'ya and even Kamagasaki that enabled me to finally understand the significance of a couple of songs I'd often come across on YouTube sung by an enka singer or another. Those songs are "San'ya Blues" (山谷ブルース) by Nobuyasu Okabayashi (岡林信康) and, the topic of the article, "Kamagasaki Ninjou" by Eiji Mine (三音英次). Among the two, the latter was the one I tended to see more often. Plus, Hachiro Kasuga (春日八郎) had done a cover of it in his 1975 album "Kasuga Hachiro no Osaka Joucho" (春日八郎の大阪情緒) featuring Osaka songs. I think I may have given that a listen long before reading the books but I had no impression of it.

Nevertheless, with the earlier description of Kamagasaki in mind, I tuned in to Mine's original take (first video in the article) expecting something moderately upbeat at the least. Suffice to say, I was slightly taken aback by how grim it sounded with the deep trumpets and haunting drone of the synths. Then came Mine's rustic vocals with a slight raspy quality. It's as if a seasoned day labourer, after a swig of shochu and guitar in hand, broke out into song at the local hole-in-the-wall bar. He seems to exalt the day-labourer life in good ol' Kama, even though it's a fate many would associate with falling into the pits. But at the same time, fitting with the theme of struggles so prevalent in the books above, it could also be viewed as a hopeless lamentation of being resigned to toughing it out in the notorious slum.

On a less depressing note is Hachi's rendition of "Kamagasaki Ninjou". With a faster tempo and an overall more urbane and groovy vibe, this was kind of what I had expected the song to be. Well, the refreshing grooviness may be due in part to this cover coming out in the 70s. Here our Kamagasaki resident sounds less like he's having a post-drink depression/existential crisis and just got paid handsomely for the day's job. Quite the contrast to the original, and I'd say both are good for different listening moods.

"Kamagasaki Ninjou" was written by Shohei Mozu (もず唱平) and composed by Bin Miyama (三山敏) - not too sure on the name pronunciation here - and was released in 1967. It was a pretty big hit, selling around 600,000 copies and being covered often by many a notable (enka) singer.

To round off, here's some background info on Mine: Originally an Oita native born in 1939, he was orphaned at a young age, he went north to Osaka's Kamagasaki for work and resided there. In late 1962, he joined the Shinsekai Shinkagetsu (新花月) theatre as a performer. 5 years later came "Kamagasaki Ninjou". There's not much else on Mine on the J-Wiki, but it seemed like his music career didn't continue and he settled as a taxi driver. Unfortunately, he did have some run-ins with the law and did jail time for setting the cop car that caught him speeding on fire. In 2003, he passed away from cancer. What a life! I reckon that's what gave the original an "authentic" flavour.