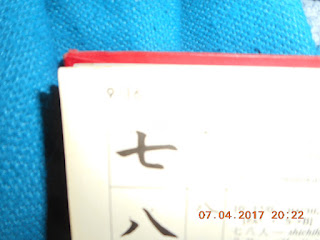 First off, I hope all of you readers from the United States had a fine Fourth of July. I tried to search for some sort of kayo connected with America but couldn't quite succeed this time. However tonight's "Uta Kon"（うたコン）gave me some food for thought since the annual Tanabata Festival（七夕）is coming up on the 7th.

The theme for tonight's episode was indeed Tanabata and the hosts asked each of the guests about the person (who has already left this mortal coil) whom they would like to meet across the stars. Singer/actor Dean Fujioka replied that he would like to meet his grandfathers again while another guest mentioned Audrey Hepburn. Personally, on the kayo side, I would love to have a drink with The Tough Guy himself, Yujiro Ishihara（石原裕次郎）even though I would be at a horrible disadvantage in the imbibing department. On the somewhat more down-to-earth side, I would meet an old friend of the family who always greeted me warmly when I was a kid living downtown.

With that Tanabata theme in mind, I tried looking for some tunes related to the holiday but it looks like the two that were featured in tonight's "Uta Kon" had already been covered by me in years past. One was "Hoshizora ni Ryote wo"（星空に両手を）whose article gives a very brief description of the holiday, and the other was "Hoshikage no Komichi"（星影の小径）.


However I did find a children's song about the holiday itself, "Tanabata-sama" (The Star Festival). Written by Hanayo Gondo（権藤花代）, a lyricist and children's songwriter, and composer Kan'ichi Shimofusa（下総皖一）in 1941, the song tells it to the listener straight about the holiday including the custom of writing down wishes on those colourful strips of paper known as tansaku. The translation for the song can be found at "Nami's Diary" whose author is based in Newfoundland, Canada.

The last few months in the world have been rather tumultuous to say the least. There may be a larger amount of tansaku being wrapped around the branches than usual this year