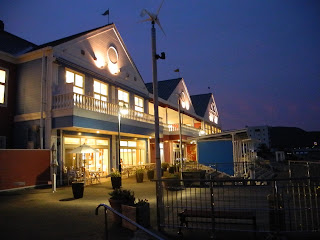 It might seem a tad odd to put up an old Mood Kayo on a warm Saturday morning to start today's gaggle of articles on "Kayo Kyoku Plus", but the fact is that I hadn't written anything on the earlier days of the genre in some time. Plus, I haven't really seen any of the Mood Kayo groups up on "Uta Con"（うたコン）recently, although I am aware of the age of these performers.

Therefore, I'm going to with one of the big ones. Akira Kurosawa & Los Primos（黒沢明とロス・プリモス）have been known for their geographically-based love ballads, and a lot of them have had the word blues attached at the end of the title. For instance, there are their "Niigata Blues"（新潟ブルース）, "Ginza Blues"（銀座ブルース）and "Asahikawa Blues"（旭川ブルース）.

All of those places are known to me since I lived close to one of the locations and frequently visited one other location. However, I have to admit that I was at an initial loss when I first heard Los Primos' August 1968 10th single "Jogasaki Blues" since that place name wasn't something that I'd known. Well, as it turns out, I wasn't actually too far away from it since I did stay one night at a ryokan in Ito City, Shizuoka Prefecture. The Jogasaki Coast is actually just southwest of the city and is part of the massive Fuji-Hakone-Izu National Park.

Well, for a rather rugged coastline, "Jogasaki Blues" still has that 60s urban club lifestyle imbued into it as I'm sure that a sweet and painful romance is being played out within Tetsuro Hoshino's（星野哲郎）lyrics, and of course, all of those Mood Kayo tropes show up in Ikuo Sekino's（関野幾生）melody: the tango-like arrangement, the bluesy saxophone and the somewhat mournful delivery by the group. I can estimate, though, that a final encounter was taking place one of those windswept cliffs on the titular coastline. 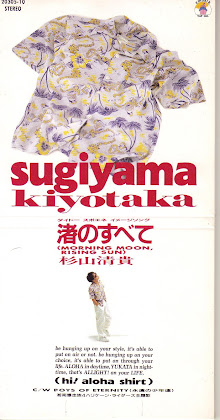