It's always tricky for me to talk about KAN without being entirely subjective, but I guess that's what happens when you listen to a quirky artist whose little idiosyncrasies match your own. However, "Mayumi" (まゆみ) is one of those songs that I can recommend to pretty much anyone because it doesn't require you to get drunk on vodka or hyper on Red Bull to "get it"... it's just a beautiful melodious piece with a strong hook in the chorus. KAN, of course, still gets to show off his charming personality in the lyrics as a timid guy willing to become a punching bag for his moody Mayumi while hoping that she forgives his faults. I like this humble approach to the "never give up in love" theme. Let's hope Mayumi gives him another chance.

"Mayumi" was KAN's 15th single released in March 1993, peaking at No.17 on Oricon and charting for about 14 weeks before ending the run with 181,890 copies sold. It became his second highest selling single after "Ai wa Katsu", but only enjoyed a tiny portion of the latter song's success. The song first appeared on his seventh album Tokyoman before being given the single status a month later. In terms of composition, it doesn't deliberately sample other artists' music (an uncommon feat for KAN), except for the melody in the interlude, which was inspired by the intro of The Beatles' "Magical Mystery Tour". In fact, during his 90's concerts KAN would often start his performances of "Mayumi" with the "Magical Mystery Tour" intro.


The song was also used as a CM jingle for Asahi's Mitsuya Cider. This version features the chorus singing 'Cider~' in place of KAN's 'Ooo~'s. Just hearing that word makes me crave the yummy apple drink, even though it's not the product advertised in the CM. 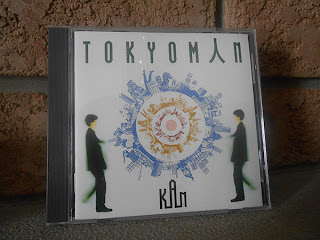