September 19 2020: Just to note, unfortunately all of nikala's choices for her videos have been taken down so I've only been able to replace them with random "Music Tomato" videos.
"You gotta be ready for decent music. The selected from the celebrities. And here's what we'll be pushing for today's starter. The song is 'Kacchoii!'. Unbearably incredible Kome Kome Club!"

No, I did not come up with that introduction. Just before the whacked out video above launches into its story, you hear the narrator Michael Tomioka (マイケル富岡) blurt out this ear-catching commentary in his well-enunciated yet stilted English. There are tons of 80's J-Music videos besides this one floating on Youtube that feature Michael T. encouraging the viewers to stick around for an exciting ride that awaits them. All these videos come from Music Tomato Japan (ミュージックトマトJAPAN), one of the first if not the first Japanese TV program in the country to use the music video medium for promoting domstically-produced material. There's very little information available about the show on the net even in Japanese, but judging by the release dates of some of the singles there, it probably went on air around late-1983 or early-1984. J-Wiki notes that MTJ branched out from a slightly older program called Music Tomato, a music-video rotation show that focused primarily on Western hits. With the growing popularity of Japanese music videos, however, a new show was needed, and that's when MTJ was born.
Up to that point the only way Japanese artists could promote themselves on TV was through music ranking and live performance shows, but not everyone had an opportunity to earn a spot on those programs... certainly not if you were a noisy rock band sporting chokers and vertical hairdos. Maybe I'm overdoing it a bit, but my point is that music videos allowed even the most radical of artists to have their share of screen-time and bond with the audience beyond radio and live houses. Of course, MTJ promoted all kinds of music including idols and frontline pop acts, but if you check Youtube you'll notice an abundance of rock and New Wave stuff, a lot of which I have yet to explore.

MTJ aired on an independent television station TV Kanagawa, so I'm assuming it could freely choose what content to air. The English Wiki page for TVK does note the channel covers a lot of alternative music to this day. Another note is that MTJ was NOT a video-countdown program, at least not until the 90's when the number of clips was reduced and whatever aired was usually selected by the staff. But in the 80's days the show aired all the videos at random, so obscure acts like the all-girl band Zelda had the same chance as YMO to appear on it. This video of theirs is pretty elaborate by the way.

Despite its independent status, TVK has attracted a favorable reception, so I'm guessing a fair number of viewers tuned in to MTJ to catch "chart-topping videos" (as Michael T. puts it) and discover new music. I'm almost tempted to conclude that music videos played a significant role in launching the band boom which swept Japan during late-80's and early-90's. Maybe? Videos like Barbee Boys' "Demo Shouganai" certainly introduced a fresh stance into Japanese popular music through its shocking and powerful images.
Music Tomato Japan ended sometime in the early-2000's, but like I mentioned, it already lost steam in the early 90's by doing away with the music videos in exchange for artist interviews. Michael T. and his enthusiastic introductions left the show in 1993, and it just wasn't the same ever since. What MTJ did do was plant the seeds for entire TV channels that would cover this stuff such as Space Shower TV (launched in 1989) and MTV Japan (launched in 1992). For the audiences of today, captures of MTJ's clips on Youtube remain a valuable resource for 80's Japanese music.

I know this post is already quite video-heavy, but I'd like to share a couple other favorites of mine that I dug up. Of course, not all the videos out there will be as entertaining as the ones featured in this post, but neither am I giving away all the goodies. Feel free to browse Youtube channels of LSIwatch, youraykimi5, myutoma, and Koichi Ueda, all of whom specialize in MTJ captures. Who knows how long those clips will stay around.

Only one question remains: what were the producers thinking when they used all this fancy yet awkward English to introduce songs on a Japanese TV channel? Not that I'm questioning every viewer's English language proficiency... Just some food for thought. 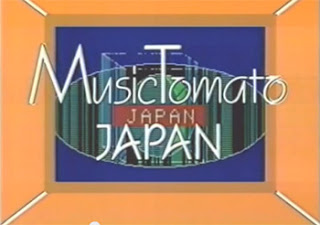