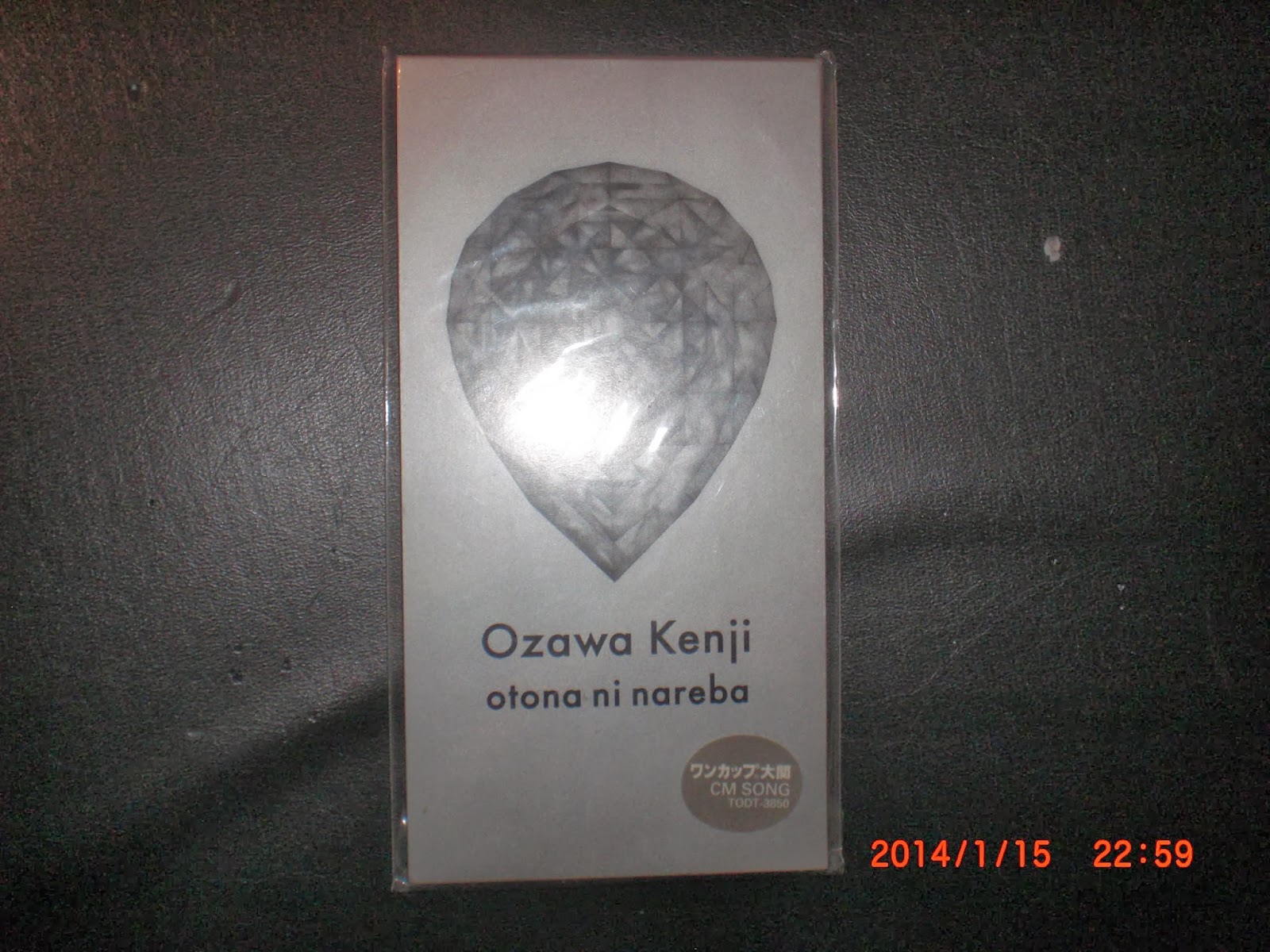 It's been quite a while since I opened this one up. I had forgotten what the song sounded like and when I re-heard it, it was like welcoming an old friend again. At the time I got the single back in the mid-90s, I hadn't been so much of a die-hard Flipper's Guitar fan but I was starting to get into jazz with folks like Bill Evans and Canada's own Diana Krall. So when I first saw the now-solo one-half of Flipper's Guitar, Kenji Ozawa（小沢健二）, in a sake commercial with actor Masakazu Tamura, I rather paid attention to the light pleasant jazz playing in the ad while the two were bantering.


That turned out to be the Ozawa-penned "Otona ni Nareba" (When I Become An Adult). It was his 13th single from September 1996, and it's a happy-go-lucky ditty about a young man who feels that he's somewhere between childhood and adulthood, and is just waiting to cross over that threshold to go through all that bittersweet love stuff.


Instead of sake, though, I often got reminded of the Tom Hanks movie from 1989, "Big", since the overall themes from both song and film were somewhat similar. And seeing that part of the movie took place in The Big Apple, I think the jazz motif of "Otona ni Nareba" kinda fits. As for how the song did, it did get as high as No. 7 on the Oricon weeklies and Ozawa got his second invitation to the Kohaku Utagassen that year to perform it.

Now, as for that One-Cup Ozeki, that rotgut was sold in a lot of vending machines on the way from the subway station to my apartment in Ichikawa. I was never much of a drinker but for some mad reason, I decided to get one from the machine since I was planning to cook with it, and also swigged down half of it. I ended up coming down with one of the worst headaches, and from then on, One-Cup Ozeki was only used for cooking. Make mine Kubota!
Posted by J-Canuck at 8:31 PM