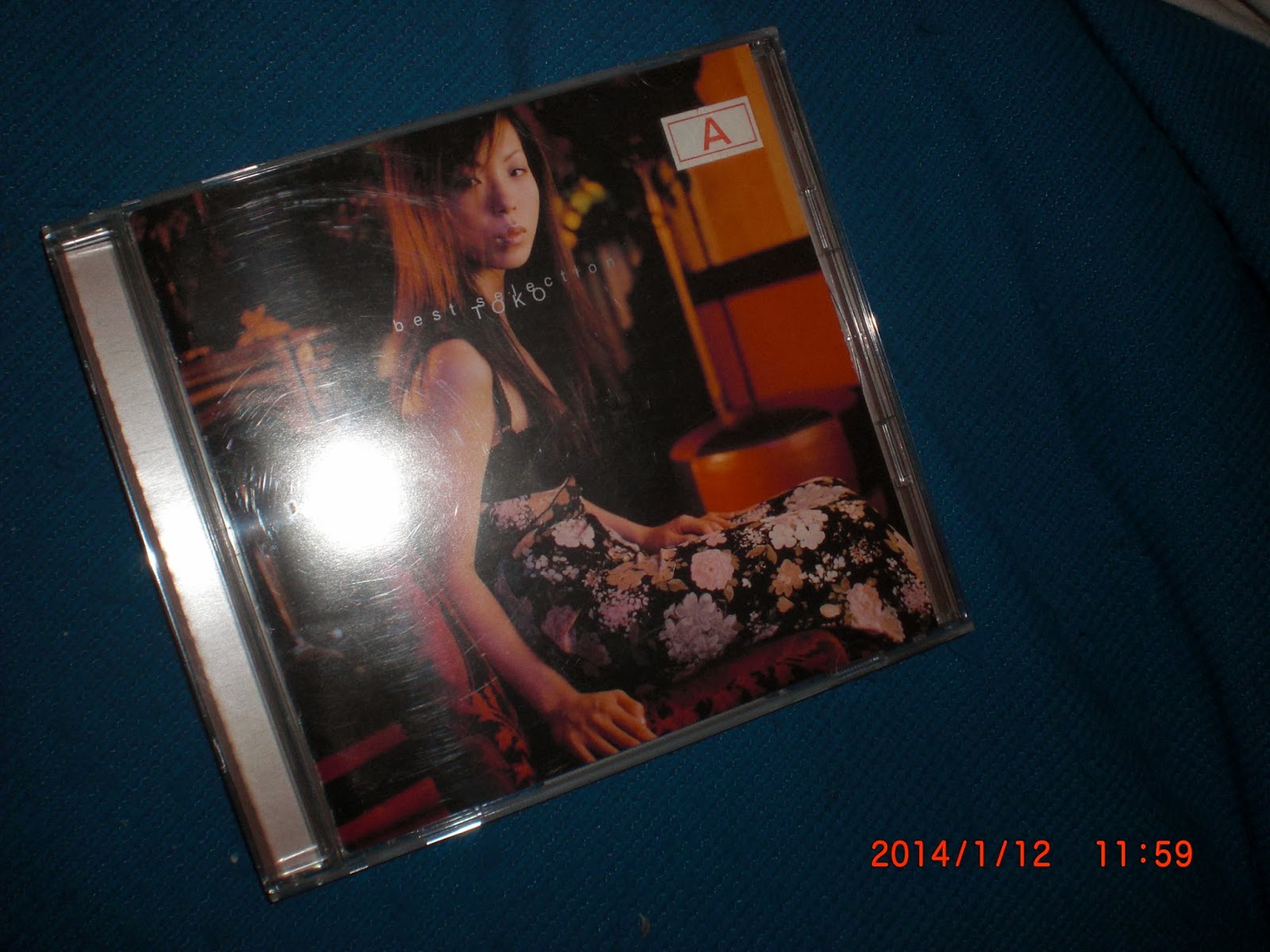 I heard somewhere that one way to learn about one's own country is to live in a totally different one. Yep, I did learn a fair bit about Canada while living in Japan. I think I can also adapt that theory when it comes to music. Having listened to Japanese artists go full throttle into R&B from different decades over the decades, I learned that I really enjoy the genre from the late 70s and early 80s. Notably, I love the groove and the horns (mellow and sharp)....Earth Wind & Fire is one such example.

So, that would explain why I have enjoyed Toko Furuuchi（古内東子）. She just celebrated her 20th anniversary in the business last year with the requisite double-CD BEST pack, but I am going to have my little presentation with her very first BEST album, "TOKO Best Selection" which came out (appropriately enough) on Valentine's Day 1998. To be honest, I have been somewhat laggardly of late over my following of her so I don't really know her recent stuff, but when it comes to her first 5 years, there are some fine entries. Listening to her works, I get reminded of some of the light funk and cool ballads from that particular corner between those two particular decades that I used to listen to on AM radio. All of the songs from the album were written and composed by Furuuchi.


As I said, I love the groove and the horns. And "Peach Melba" provides plenty of it. It wasn't an official single but a track from Furuuchi's 3rd album, "Hug" (1994), and the peach melba that the singer describes doesn't refer to the dessert directly (though I do love a good peach melba) but to the sweet perfume of that woman who passed by. I would be horribly remiss if I didn't mention that I also love Furuuchi's silky and sensual vocals through all of her songs. And for this song, those vocals are just like the best caramel on a peach melba. It would have made for a wonderful fit on a radio playlist back in my junior high school days.

"SLOW DOWN" is Furuuchi's reassurance and admonition to that guy who is getting a bit of cold feet at the speed their relationship is taking. The singer is firmly in the control seat here and just like that veteran airline pilot or mother, she's telling the fellow that things will be OK. What I love about this song is that it sounds almost like an AOR version of a lullaby. Perhaps it could work for that overworked employee hitting home after a bad day at the office. I also love the muted trumpet in the bridge. This song is the title track from the singer's first album from 1993.


"Aitai kara" (I Want To Meet You) is a beautifully done song about a fellow who's in love with a woman (perhaps a longtime friend or an old flame) who is in another relationship and can no longer really keep up the I'm-OK-you're-OK pretenses without his heart disintegrating. Not surprisingly, it was used as an ending theme for a TBS drama titled "Dessert wa Anata"（デザートはあなた...Dessert Is You）. This was also Furuuchi's 2nd single from October 1993 and was a track on her 2nd album, "Distance".

"Usotsuki" (Liar) has this 70s R&B vibe that reminds me of artists like Lou Rawls and Ashford & Simpson. The way her voice just glides and weaves through the music at that relaxed pace makes her great for these bluesy ballads. This track also originally came from the album, "Hug", and considering the suddenly dumped woman in the song, I think she could use that particular title.

"Shiawase no Katachi" (The Form of Happiness) is a mid-tempo song of hope and optimism with that feeling of "plenty of fish in the sea" and "get back on that horse". Although the liner notes don't mention any use of horns in the song, that horn section sounds way too authentic to be just synths. This track came from Furuuchi's 4th album, "Strength" (1995).


Of course, I can't finish this BEST article for Toko Furuuchi without mentioning once more about her biggest hit, "Dare Yori Suki nanoni" from 1996. The individual article for it was my first one for her. And I think any mention of her by anyone will bring this song up first in my head by default.

As for "TOKO Best Selection", it peaked at No. 2 on Oricon and became the 61st-ranked album of the year, going Platinum.
Posted by J-Canuck at 11:06 PM

Email ThisBlogThis!Share to TwitterShare to FacebookShare to Pinterest
Labels: 1998, BEST, J-AOR, J-R and B, Toko Furuuchi