Miki Imai -- A Place In The Sun 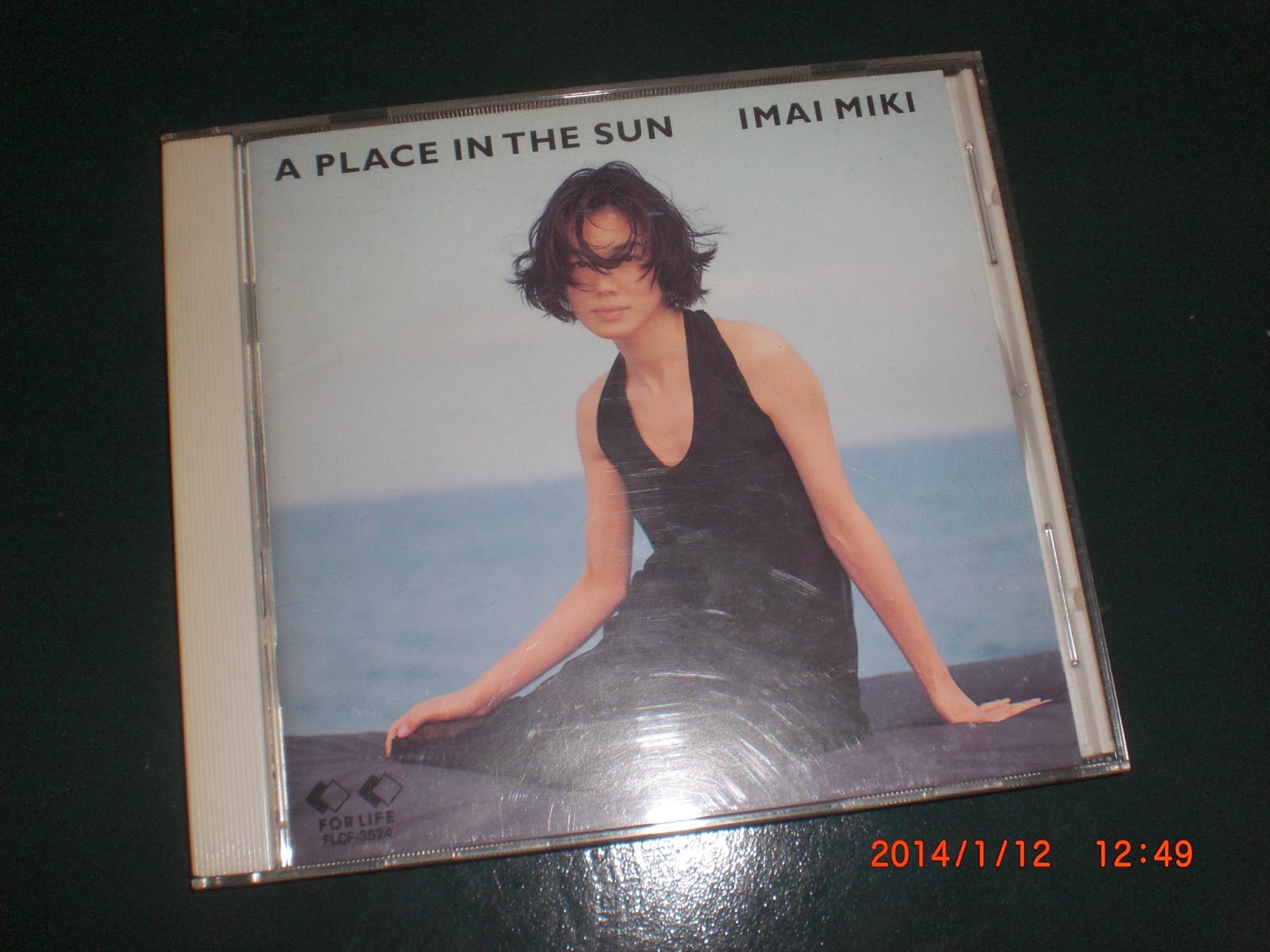 Back in October 1994, I was just a couple of weeks away from launching once more to Japan to have another try at life there, so my friends at the JCSA held a goodbye party for me at the International Student Centre at the University of Toronto. During the two hours there, I received a very nice present from one of my friends from Tokyo. And you see it right above the text. I guess I may have blurted out at one point or another that I was a big Miki Imai（今井美樹）fan. Since it was 20 years back, she probably had someone in her family or circle of friends send it over from Japan, so it was a bit weird that I ended up taking it with me back to the country.


I've decided to cover Imai's 8th album from September 1994, "A Place In The Sun" because being in the midst of one of the wintriest winters in recent memory here in Toronto, I think all of us can use our own place in the sun right now. Also, with me getting this disc just before I made my fresh start in Tokyo, I think "A Place In The Sun" was perhaps a bit of a fresh start for Imai herself. For one thing, it was the full beginning of the collaboration between her and BOOWY guitarist Tomoyasu Hotei（布袋寅泰）. Hotei had actually helped out on a few of her tracks from her previous album, "flow into space" in 1993, but with "A Place In The Sun", he was now the producer for the whole album. And to make things more interesting, Ryuichi Sakamoto（坂本龍一） was co-producer.

For the first number of years that I had the album, I considered this album to be a near-reboot of Imai in terms of the overall sound. I may have been a bit hasty in that assessment; in recent years, on hearing and remembering the various tracks, I think now that there were some echoes of her 80s and very early 90s style in terms of some familiar synth arrangements and the gentle rhythms. And sure enough, her songwriting buddies from that period such as Akemi Kakihara, Yuuho Iwasato and Chika Ueda（柿原朱美・岩里祐穂・上田千華） created some of the songs for "A Place In The Sun" as well. However, there were some other tracks that showed a new direction of sorts. One track is "Miss You" which is the only song from the album that had been released as her 10th single a couple of months earlier. Iwasato took care of the lyrics but Hotei composed the music, and I'm pretty sure that that is him on the guitar solo and the background vocals near the end of the song. Compared to her ballads from her early period, "Miss You" seems more epic and less about Imai spending a Sunday afternoon in the apartment. There is more of a "big picture" outlook here, for lack of a better way to describe it. Because of its status as the lone single, it is the most representative track on the album and perhaps the symbol of this new direction. It hit No. 1 on Oricon and was the 26th-ranked song of 1994.

My favourite track though is "Martinique no Kaifu"（Martinique の海風...The Sea Breeze From Martinique） which was written by Imai and composed by Sakamoto. Although the video that I was able to import has the singer perform a fine and more intimate version, I prefer the original. I have to listen to "flow into space" one more time to make sure, but I think Imai's record of including at least one bossa nova-tinged song in her albums was still safe, thanks to this tune. In any case, what I love about "Martinique no Kaifu" is just how Sakamoto was able to unobtrusively weave a hint of that old techno into the bossa which makes the whole song sing. It brings to mind running along that tropical beach during a summer sunset.


This is a karaoke version of "Kagayaku Machi de"（輝く街で...In A Sparkling Neighbourhood）.  but I just wanted to showcase one track that kinda hearkened back to some of her earlier whimsical ballads. Again the words were by Imai with Chika Ueda creating the melody. Despite the whimsy, Imai's lyrics talk about coming across an old flame out of the blue with all of the complicated emotions bubbling out.


I love the bass thumping away here for the title track, "A Place In The Sun". And Imai's voice just seems to lift spirits whenever she sings this one. It hints at that fresh start that I mentioned at the beginning of the article, and the official video illustrates that very well as she drives a car up a fog-enshrouded mountain until she gets out at the peak and has sunlight rain down on her. That famous beaming smile of hers says it all. Iwasato and Akemi Kakihara were behind the making of this wonderful song.

The last track for tonight is "Umibe nite"（海辺にて...By The Shore）. Iwasato and Ueda created this sad but hopeful ballad in which Imai sings about walking along the beach thinking about the love she has just lost and struggling to go forward by herself. She gives a wonderful performance above.

"A Place In The Sun" went as high as No. 2 on the album charts and eventually became the 21st-ranked album of the year. As I finish up writing this article, I realize that the album itself has this overarching theme of new beginnings to go along with the rebirths of sorts for the professional lives for me and Imai.  Perhaps that friend of mine had something more in mind than making an Imai fan happy when she gave me this album.

Also, I did mention in one of the past articles on Imai  that her earlier music from the 80s and into the new decade was more my preference. That opinion hasn't changed but I also think this album is very worthy. 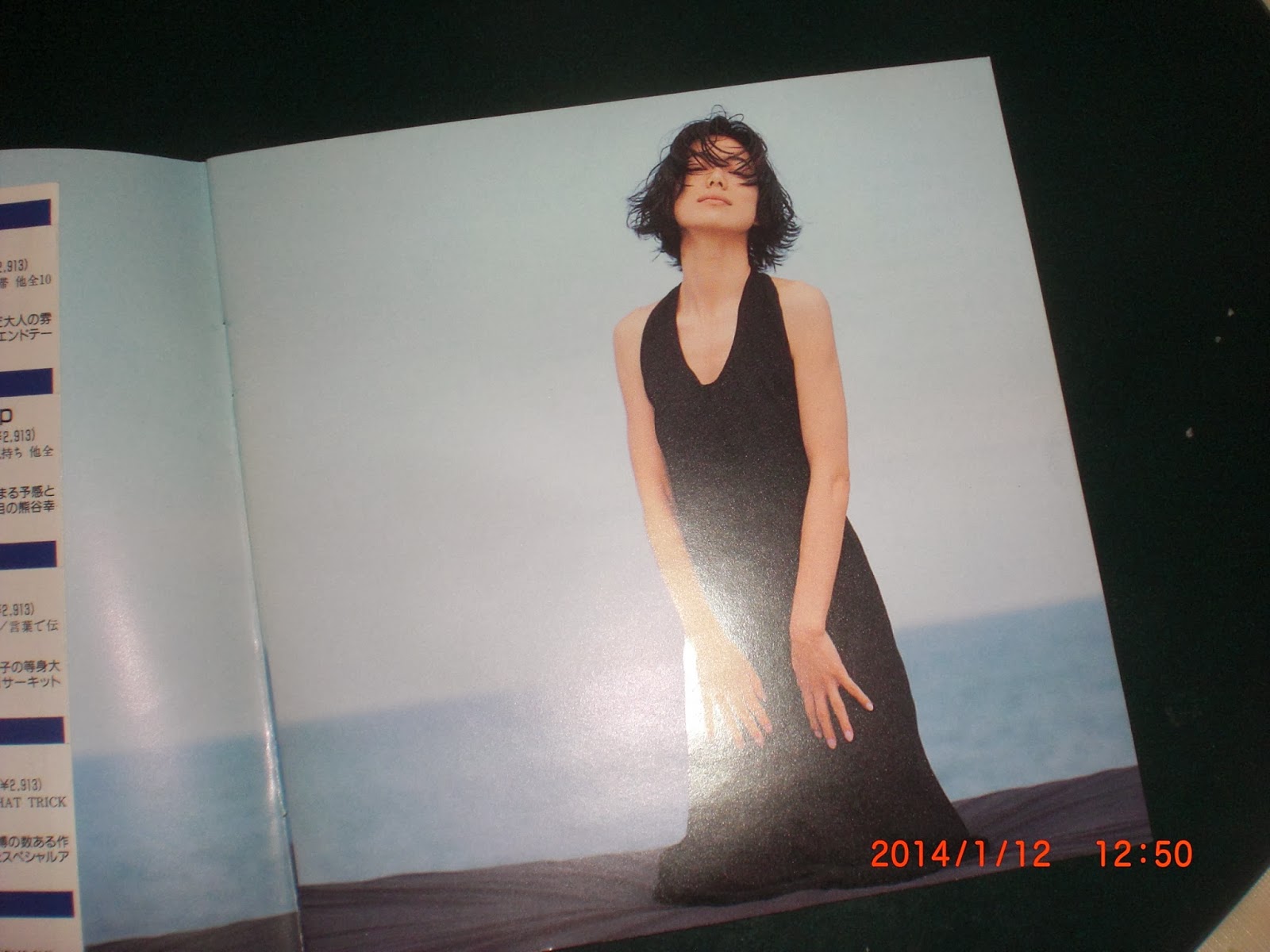