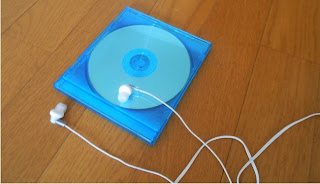 Happy New Year, everyone! After JTM's, Marcos', and J-Canuck's great entries on what they consider the best of the best in 80's Japanese music, it's time for me to offer my take. To be honest, I've never earnestly thought about such a list before because I liked talking about songs I enjoy on their own without isolating others. But given the occasion and everyone's enthusiasm for this project, I gave it a go. Picking out only 10 songs from the hundreds and thousands that go through my ears on a regular basis wasn't an easy task for sure, so I reflected on what obstacles I used to face with making rankings and decided that my Top 10 list would focus on songs that remained fresh and memorable to me even after multiple listens and those that basically influenced my taste in old Japanese music as I grew up with it from a preteen into an adult. This ended up sounding similar to J-Canuck's criteria, but at the end of the day, music is personal and so are rankings.


Moreover and to spare further headaches, I decided to avoid ranking these from least to most favorite. So the order in which I listed these songs doesn't matter, since they're all equally special to me for their own unique reasons.

1. Off Course -- Kotoba ni Dekinai [オフコース -- 言葉にできない] (1982)
There isn't a single ballad out there that makes a bigger emotional impact on me than this one. With its resonant melody and Kazumasa Oda's heartfelt vocals, it's one of the most genuine love songs dealing with heartbreak. Some emotions don't require words, just like the “la la la”s that ring throughout the refrain. I first heard Oda's remake in a 2006 film “Tegami”, and from then on I sought other songs by the singer and the early 80's pop scene that the song belonged to. I was never a fan of ballads up to that point, yet “Kotoba ni Dekinai” alone changed that mindset. That's why it's so important to me.


2. Akiko Yano -- Hitotsudake [矢野顕子 -- ひとつだけ] (1980)
There were tons of candidates for my top technopop song, but Yano's quirky and sweet “Hitotsudake” just had to be the one. That melody cannot be mistaken for any other, and the technopoppy synths that build up in the bridge and drive it towards the chorus give this happy-go-lucky song a nice edge. I can't help but smile whenever I listen to it. It reminds me of my best friendships and long-lasting bonds. While it was not the first time YMO contributed to Yano's solo material, I think “Hitotsudake” and the whole “Gohan ga Dekita yo” album was when the quality of their work was at its height. It was also the first technopop song I liked before warming up to YMO's individual sound.


3. Minako Yoshida -- Town [吉田美奈子 -- TOWN] (1982)
Whenever I think of City Pop, this song always pops up in my head. Right from that multilayered urban sound containing some of the most thrilling bass, drumming and horns I've ever heard, it proudly declares “This is a big city!”. Yoshida may not be someone who sells many records, but she definitely has a lot of talent and has proven to be one of Japan's greatest R&B and funk artists. It's interesting to note that only about half of the song features her singing, while the rest goes into an epic instrumental rampage that brings to mind a sleepless city. And I never want it to end.

4. Motoharu Sano -- Heartbeat [佐野元春 -- ハートビート] (1981)
For pop-rock I've decided to nominate Sano's bluesy ballad “Heartbeat”. The live arrangement featured above is the one that particularly strikes me. Must be the tingly synths right before the chorus. Love everything about this song: the introspective melody, emotional saxophone, Sano's tough yet vulnerable delivery, and the harmonica that closes the piece with a melancholic mood. Sano has intrigued the listeners with his talent and versatility over the years, and this song was one of the earliest examples of that. I always have to stop what I'm doing and focus whenever this comes on my mp3 player, and this has already happened many times.

I've been a fan of Japanese New Wave for nearly 10 years now, always thinking back to Moonriders and how they furthered my interest in Japanese music as a creative force of its own. This song just works as it crosses many genre boundaries like folk, pop and doo-wop while remaining perfectly structured and melodic at the same time. That's basically my formula for a great song: adventurous but easy to follow. Moonriders were one of the first artists to show me that (before I came across New Music and City Pop). This is one of those songs that you can come back to again and again and still pick out interesting details. And there's that eccentric wonder to the melody that I've found inspirational for some reason.

http://music.163.com/#/song?id=660201
6. Tomoko Tane -- Katakoi Doumei [種ともこ -- 片恋同盟] (1986)
“Katakoi Doumei” may not have been a single, but it was surely the most impressive highlight in Tane's second album “Minna Ai no Sei ne.” and my personal favorite from her catalogue. It's both dynamic and ethereal at the same time, kind of like an action-packed children's story book. The way Tane switches between the titular and secondary lyrics in the chorus as the background rhythm beats like a clock is just wonderful, and there's a beautiful twist to the melody in the center of the song. Whoever came up with that synth arrangement was clever in making an ordinary tune into something more.

7. Rebecca -- One More Kiss (1988)
I was never a big fan of Rebecca minus some songs, but this one is simply delightful. It's hard for me to find words to describe how beautiful it is. And even with the nostalgic sound, it remains timeless at the same time. Growing up in the 90's, I first only enjoyed 80's music for its novelty factor, but hearing songs like sparked my interest even further. Then I realized they don't really make music like this anymore. I particularly enjoyed the slight reggae touch to the arrangement in the verses and instrumental bits. Also, Nokko's vocals in the song strike a nice balance between sweet and sensual, something that appeals to me. Hats off to the video director for providing all the gorgeous visuals and making the song even more special.

8. Kiyonori Matsuo -- Itoshi no Rosie [松尾清憲 -- 愛しのロージー] (1984)
Shortie but a goodie. There have been a mini-trend in the 80's of reviving the sounds of the 50's and 60's thanks to acts such as The Checkers and Ohtaki. Not to take anything from them, but I have to say that Matsuo's debut single “Itoshi no Rosie” will always be my favorite when it comes to these retro throwbacks. Matsuo originally started off as a member of a British-style pop/techno group Cinema in 1981 before he went solo and polished the old style even further. His debut single is full of charming instrumentation especially the drum beat and percussions which I've gotten quite addicted to. And even though the lyrics are kinda cheesy, I think the eclectic arrangement makes up for it. The song just “sparkles”, for the lack of a better word.

9. Mari Iijima -- Ai Oboetemasuka [飯島真理 -- 愛・おぼえていますか] (1984)
I apologize for a slight overlap with JTM's list, but as far as 80's idol pop goes, Iijima's signature song will always be the most memorable for me and not because of its connection with “Macross”, which I never watched. For me, Iijima has always stood out from the crowd thanks to her unique high vocals and in this one she sounds more beautiful then ever. And let's not forget Kazuhiko Kato's chill-inducing melody. This is basically my go-to track for reminiscing the good old days.

(15:08)
10. Yoshitaka Minami -- Jules et Jim / Totsuzen, Honoo no Gotoku [南佳孝 -- 突然炎のごとく] (1986)
Last but not least, Minami's mysterious jazzy number from his excellent album “Last Picture Show” provides a perfect soundtrack for those late-night walks to my apartment I have to take on a regular basis. I particular enjoy the surreal foggy ambience created by the fusion between the haunting synths and strings in the foreground and the muted trumpet in the background. Minami's relaxed yet sharp vocals glide with the music seamlessly. Not surprisingly, the title and the music were based on Francois Truffaut's New Wave classic “Jules et Jim”, and there's certainly a sense of the film's elegant setting guiding the melody. It's a masterfully crafted track, in my opinion.

So that's it. There were many strong candidates that had to be pushed aside, so I hope to give them their own recognition in more genre-specific rankings which I plan to do later. It sure does feel strange to narrow down a decade-worth of good music to a tiny list like this, but it was an educational experience nonetheless. Most of these may not have been successful on Oricon and some weren't even singles, but they're still great tracks in my book. I tried to make this list as diverse as possible, but I must say that I only take punk and avant-garde in small doses and still have a long way to go with rock in general, so I stuck with poppier material which I'm more comfortable writing about. Perhaps we'll get a new contributor in the future who is an expert on those?
Posted by nikala at 11:30 PM