I dug out some more tapes from the dusty recesses of my shelves, including one from an old friend of mine from university who taped a number of 80s aidoru tunes. One of those tunes happened to be Yuki Saito's（斉藤由貴）"AXIA - Kanashii Kotori" (Sad Little Bird). I hadn't heard it for years and as soon as the adorable melody flowed out from the headphones and Saito's cutesy-as-all-get-out voice started trilling away, images of puppy dogs and all of the characters from a Lucky Charms cereal floated above my head....and nothing was being imbibed at the time. Amazing! Nice use of the synth-organ in there, too.

Unbelievably, "AXIA" was never made into an official single but was the title track on Saito's debut album which came out in June 1985. It made it as high as No. 3 on the Oricon album charts and contained two of her hits, "Sotsugyo"（卒業） and "Shiroi Honoo"（白い炎）. As for the song "AXIA" itself, it was written and composed by the poet and photographer Natsuo Giniro（銀色夏生）.

At the time, there was an audio tape brand called Axia of which I was a regular purchaser, so I always wondered whether Saito or someone on her team wanted to pay tribute to it. Well, it turned out that perhaps both tape brand and those producers named their respected products after the Greek word for "royal thing". 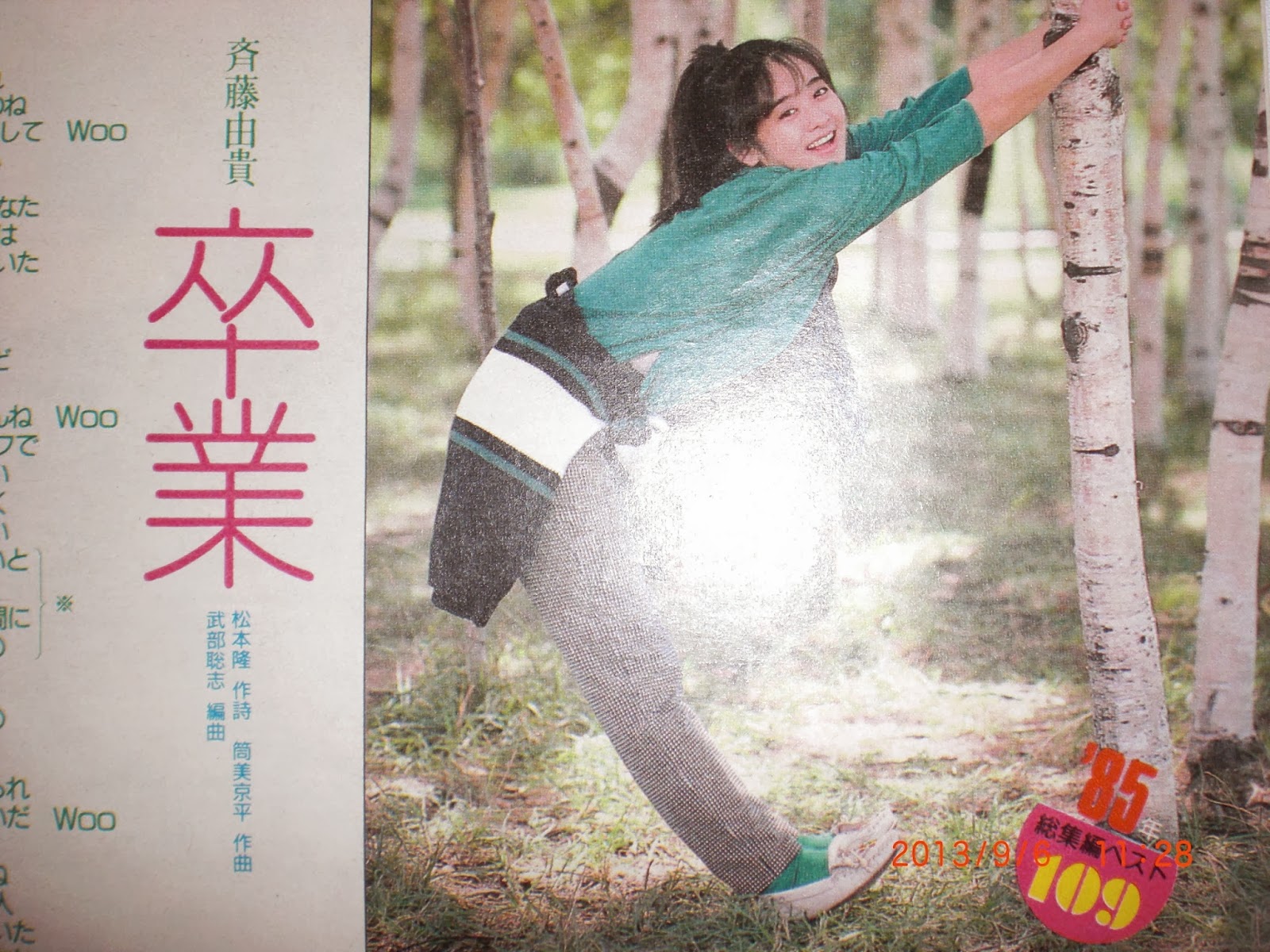