It's rather amazing how male aidoru ballads sounded back in the 1970s when compared to now. I mean, it's almost hard to believe that something like Goro Noguchi's（野口五郎）"Soshunkyoku" (Song to See Off the Spring) would be considered aidoru. And it's not the only one. I have found a lot of Momoe Yamaguchi's（山口百恵）oeuvre to sound quite different from my impressions of aidoru music, but then again, I was spoiled in a way because I was exposed to it from the Seiko Matsuda（松田聖子）days.

Still, "Soshunkyoku" is pretty darn dramatic, almost to the point of it being called an especially melancholy Mood Kayo. One of the commenters directed me to this one since I was never too aware of the Noguchi songs. Released on Christmas Day 1978, the singer gives a sad rendition of the well-worn tale of two ships passing in the night although this "night" seems to have lasted a good number of weeks or months before the unfortunate parting in the spring. The separation happening during this season is quite unusual since a lot of songs have pegged autumn as being the time to break up. The release date is also interesting since Christmas has been seen to play up not only the time of romance but the time of loneliness during the Holidays.


I would be interesting in hearing the original recorded version if it ever came online. But as it is right now, we've got the live performance takes on YouTube. The first video at the top has that Folk flavour with the sad piano while the one immediately above actually has a saxophone introducing the proceedings which gives "Soshunkyoku" more of that Mood Kayo air, as if it were meant to be heard or sung within the confines of a karaoke bar (unfortunately those original 2 videos were taken down but they have been replaced).

Yu Aku（阿久悠）provided the lyrics of the inevitable downhill road to the end of the romance while Kyohei Tsutsumi（筒美京平）composed the melancholy melody. It peaked at No. 14 on Oricon and became the 46th-ranked single of 1979. 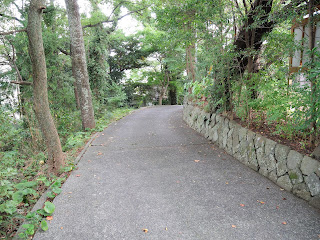