Noelle and I were talking about how much we enjoyed last week's "Uta Kon" (うたコン). And for me personally, I can listen to Ayaka Hirahara's（平原綾香）rendition of "Moon River" over and over again. There was also the musical digest of "Miss Saigon" near the end of the show; not quite sure whether it made for a perfect fit for the audience but, dang, was it spectacular!

Earlier on, enka singer Konomi Mori（杜このみ）performed an old kayo chestnut that pricked my ears. She was doing a cover of an enka tune which was released back in July 1974 titled "Anata ni Ageru" (Giving Myself to You) originally performed by Mineko Nishikawa（西川峰子）.


Nishikawa was in her mid-teens when she entered the 3rd Annual All-Japan Kayo Contest in 1973 with "Anata ni Ageru" and won the championship. Several months later, this would be her debut single after she had just turned 16.

Listening and reading the lyrics, I realized that it was all about a girl or a woman who was declaring her love for someone who I suspect was quite older, and considering Nishikawa's age at the time of its release, I figured it was an ode to a teacher. The words seemed to read like the perhaps petulant protestations of a high school kid who insisted that she was the right woman for the fellow instead of that older woman he was dating. But there was indeed a lot of brio in her feelings with her stating in full voice that her love would not be of the demure or innocent variety. She wanted lust, baby! Haha, kids...yeah, this was definitely not something like "Sensei"（センセイ）by Masako Mori（森昌子）which had come out a couple of years before.

In fact, I would say that it was more akin to Momoe Yamaguchi's（山口百恵）"Hito Natsu no Keiken"（ひと夏経験）whose release was just a month before "Anata ni Ageru", and not surprisingly so. It happens that both songs were written by Kazuya Senke（千家和也）, and Yamaguchi's hit caused a fair amount of stir due to its racy lyrics from a teenage girl who was about the same age as Nishikawa. However I didn't read of anything which caused the same sort of controversy on J-Wiki's article for "Anata ni Ageru". Perhaps there was a double standard when it came to writing racy songs depending on the genre; it was OK for the enka genre but maybe slightly too much in the aidoru realm of things. In any case, Takashi Miki ( 三木たかし) took care of the music.

"Anata ni Ageru" took its sweet time but it finally broke into the Top 10 at No. 8, exactly four months after release and then a few weeks after that, it hit No. 1. Selling over 500,000 records in total, it ended 1974 as the 95th-ranked single of the year but then kept on hanging about in the Top 100 for many more months until it flew up to No. 17 at the end of 1975. It won Nishikawa Best Newcomer honours in both the Japan Record Awards and the Japan Kayo Awards with the cherry on the top being her invitation to the 1975 Kohaku Utagassen. It would become her biggest hit.

Nishikawa would come on the Kohaku three consecutive times immediately following her inaugural appearance. Along with her long list of singles, she also became an actress mostly on TV with roles up to the late 2000s. Although her name would still be pronounced in the same fashion, sometime ago, her kanji changed to 仁支川峰子. 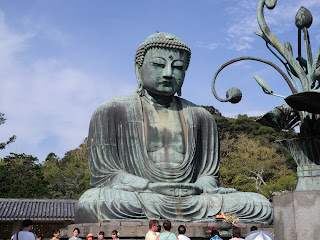