It's most likely the first time in the history of the blog that I've ever decided to devote a full article to a song that I've already mentioned in an Author's Pick or a Creator article, but I felt that Yasuko Naito's（内藤やす子）"Omoide Boroboro" (Tattered Memories) deserved its own 15 minutes in the sun.

As I mentioned briefly in "The Works of Koji Makaino", this was Naito's 3rd single from September 1976. However, listening to the version above, I'm not quite sure whether this is the original or a newer take on "Omoide Poroporo" since for a song from the mid-1970s, it certainly has a cool 1980s City Pop arrangement anchored with a rock guitar that sounds like a lone wolf motorcycle racing through Tokyo. But then again, my impression of the arranger Koji Makaino（馬飼野康二）is that he was often adding a richer layer to the songs that he worked on, and perhaps he was somewhat ahead of his time with the magic he had provided here.

The other thing is that the song was created by the husband-and-wife team of Ryudo Uzaki and Yoko Aki（宇崎竜童・阿木燿子）. At the time of its release, Uzaki and Aki may have just started making those hits in the form of tougher and more hard-boiled efforts for Momoe Yamaguchi（山口百恵）in the latter half of her career, so it is interesting to hear "Omoide BoroBoro" as done by Naito.

Listening to her performance on "Yoru no Hit Studio"（夜のヒットスタジオ）, I'm starting to think that the top video was indeed an updated version. Mind you, it is the studio orchestra playing behind Naito here but it really does sound as if the original take on the song had that twangier rock sound of the 1970s. Anyways, "Omoide Poroporo" does have that stamp of Uzaki and Aki from that time since the lyrics relate the story of a wife or a longtime girlfriend who suspects her mate of cheating as he comes home late. The scene could be the prelude to some of the fury that Yamaguchi would later unleash in hits such as "Playback Part 2".

Naito's breakthrough hit definitely made an impression. It broke the Top 10 at No. 9 and won a whole slew of Best Newcomer awards. In terms of the annual rankings, though, it only came in at No. 99 on Oricon for 1976 although it actually went up several levels by the end of 1977 as it finished at No. 76. As someone who hast just heard the song of possible betrayal for the first time, it's interesting to compare it to the only other Naito song that I had known, the bluesy Mood Kayo of "Roppongi Lullaby"（六本木ララバイ）from 1984 that would become a karaoke favourite. 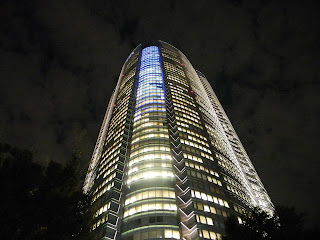