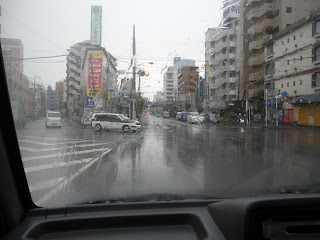 Almost a month ago, I wrote about the ballad of "Isuzu no Truck"（いすゞのトラック）which may have started its life as the final ending theme for a long-running early-morning show on TBS Radio called "Isuzu Utau Headlight ~ Cockpit no Anata e ~"（いすゞ歌うヘッドライト〜コックピットのあなたへ〜...Isuzu Singing Headlight ~ To You in the Cockpit ~）, but later became the proud anthem for Isuzu Truck commercials.


Well, I made some mention about the original ending theme for "Isuzu Utau Headlight" (which you can hear at 8:33 above) in that article, and the above video is for a 1982 episode. But first for trivia's sake, the opening theme for the show between its debut in September 1974 and March 1987 was a version of the theme song for the 1964 Italian film "Red Desert", whose trailer you can see below. For the remainder of its run up to 2001, the opening theme was an instrumental arrangement of the French pop song, "Décibelle".

However, the ending theme for "Isuzu Utau Headlight" was a purely homegrown affair created by veterans Keisuke Yamakawa（山川啓介）and Takashi Miki（三木たかし）. The original "Yoake no Nakama-tachi" (Daybreak Buddies) when compared to the elegiac anthem that is "Isuzu no Truck" is more of a jaunty country music-style ditty sung by Keiko Itokawa...or Itogawa（糸川蛍子）. Aside from an instrumental bridge that sounds like something more fit for a Xmas song, "Yoake no Nakama-tachi" is that musical good buddy accompanying those truck drivers on their overnight runs when the sun starts poking above the horizon.


In 1992, one of the radio personalities for "Isuzu Utau Headlight" on its Saturday morning show, Shiori Aso（麻生しおり）, provided a more pop/AOR version of "Yoake no Nakama-tachi" for the last few years that it was used as the ending theme.
Posted by J-Canuck at 10:37 PM