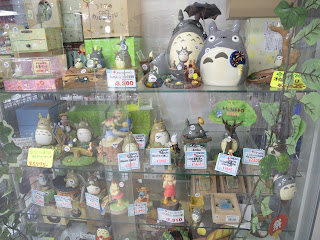 I have to admit that I have never seen Hayao Miyazaki's（宮崎駿）"Kurenai no Buta"（紅の豚...Porco Rosso）from 1992, although I've heard plenty about it. Just looking at the poster for the first time, I was kinda left scratching my head about an intrepid pig fighting enemies in the sky during World War I. At the time, I'd assumed that it was only pet beagles of round-headed kids who were allowed to do that sort of thing, but hey that's fine. In any case, from Studio Ghibli, I've seen a cat bus, a teenage witch and a wolf-raised princess but not a flying porcine ace.


Having said that, I've discovered one piece from the "Kurenai no Buta" soundtrack composed by perennial go-to composer for Studio Ghibli, Joe Hisaishi（久石譲）. Titled "Kaerazaru Hibi" (Bygone Days), it hit me right in the heart. Classy, jazzy, melancholy, deeply romantic and cool all at the same time, I don't where it comes in during the movie, but I can only imagine that it has the title character nursing a martini in some swanky party hall while everyone else is living it up on the dance floor. Porco Rosso is probably surrounded by a wealth of the beautiful people and yet be the loneliest presence in the place.


It's awfully hard to choose...whether I like the originally recorded track or the concert version  performed here by Hisaishi. His piano is wonderful but I also love the "drunken" trombone solo and the truly vivacious clarinet that aren't in the original version...it adds some more to my image of what's happening with Porco. My opinion coming up is perhaps out of left field, but I think that this can be a Taisho or early Showa Era theme for a then-contemporary samurai warrior inserting himself into someone else's troubles and solving them before having to leave again on his lonely wanderings, despite any potential romances. It can describe Porco himself. In any case, a wonderful piece of music.
Posted by J-Canuck at 8:52 PM