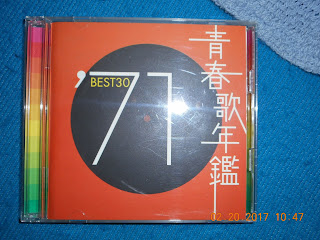 I heard this folksy kayo one day on a YouTube video of an old Japanese radio broadcast and thought it would be nice to post this one up.


This is Yuko Nagisa's（渚ゆう子）"Saihate Bojou" (Yearning to the Farthest Reaches), a March 1971 single that came on the heels of her two previous hits, "Kyoto Bojou"（京都慕情）and "Kyoto no Koi"（京都の恋）from the previous year. Along with the fact that both songs share the setting of Japan's ancient capital, they also have the same composer, legendary guitar band The Ventures.

However, this time, Nagisa and lyricist Haruo Hayashi（林春生）, who also provided the Japanese words for the Kyoto kayo, worked with composer Kyohei Tsutsumi（筒美京平）to create this fairly uptempo tune about a woman searching all over the nation for her lost lover and not succeeding. Obviously, there's plenty of nostalgia in the tune and Nagisa's haunting vocals add that extra layer of sentimental sadness as I imagine the poor woman sitting in some cafe wondering where her erstwhile beau has gone. I can even pick up on some sort of Frenchness about it.

Nagisa won a performance prize for "Saihate Bojou" at the Japan Record Awards for 1971 as the song hit as high as No. 6 on Oricon and finished the year as the 39th-ranked single.
Posted by J-Canuck at 8:33 PM