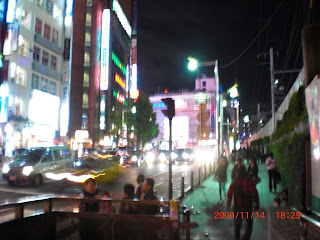 I've been watching "WandaVision" over the past few weeks and although the series is now over with all of the spoilers thrown out there and such, the show, now that I can watch full episodes, is still very enjoyable. And I'm not even binge-watching; I am viewing one episode per week as originally shown so I've just completed Episode 3 when Wanda and Vision are in the 1970s sitcom world. The jokes are appropriately cornball and as someone who grew up seeing the sitcoms that "WandaVision" has been lovingly parodying, it's been great fun admiring the set design and fashion. Plus, to see the two main characters being able to show themselves much more fully has been good fun especially when they were more in the role of supporting cast in the main Marvel movies.

Of course, the fly in the ointment has been Agatha Harkness all along, and her emergence as the ultimate (?) baddie in the show was punctuated with her own theme song. It was a wonderful riff on the jazzier version of "The Munsters" theme song, the version that I've always preferred.

In a way, Kathryn Hahn's portrayal of Agnes/Agatha comes to mind when I listen to this particular song by chanteuse Miki Hirayama（平山みき）, "Joyū Ni Narenai" (I'm No Actress) from her November 1987 album "Chess". The lyrics by Ren Takayanagi（高柳恋）depict a rather wicked and manipulative woman who seems to have had her cover blown but hasn't regretted one sin in the big bad city. The only thing missing is the cackle that Agatha burst out after admitting to killing Sparky.

The melody by Akira Mitake（見岳章）is of that jazzy sophisti-pop of the caviar-and-champagne variety that I've often mentioned for the latter half of the 1980s. Moreover, the synth bass is good and boppy against the slick horns, and the former instrument reminds me of the material from Matt Bianco. I'm glad that I could write about Hirayama again "just" nine months after my last article on her, "Joudan janai Asa"（冗談じゃない朝）, which is also included in "Chess", because there were a good eight years between that article and the very first article that I had written about her.

Anyways, looking forward to Episode 4 of "WandaVision" next week.