Man, I hope the video above stays up for a good long time (Nope, it didn't...had to put in a "Best 10" video). That had to have been a true labour of love for Akina Nakamori（中森明菜）by the creator. (Well, it was taken down...a pity...but here is another full version of the song.)

And I'm kinda smacking myself upside the head for not having written an Akina article on this high-octane number, "Ni-bun no Ichi no Shinwa" (Half A Legend). I must have assumed that I had already included this on my article of her BEST album many many months ago. In any case, it's time to rectify the oversight.

Continuing on with the image of Akina back then as a been-there-done-that tsuppari (teenage punk girl) from "Shojo A"（少女Ａ）, her 4th single from February 1983 has Akina's character going medieval on those who would dare judge her while internally commiserating on her loneliness. The rock guitar just goes a-crazy right from the get-go as the lead instrument while allowing its accomplice horns to burst in at intervals. However, when the tsuppari does show some of that tender side, the guitar takes the briefest of breaks as the violins cut in. I wonder if the title is referring to the character's feeling that she's only half a legend as long as she has that vulnerable part. There's something strangely reminiscent of giving into the Dark Side of the Force, if that is indeed the case.

I have to admit that I enjoy "Ni-bun no Ichi no Shinwa" over "Shojo A". Written by Masao Urino（売野雅勇）, who also took care of the lyrics for the latter song, and composed by singer-composer Yoshiyuki Osawa（大澤誉志幸）, the guitar and the horns take me for a dangerous if thrilling ride on the motorcycle, especially when it comes to the instrumental bridge. And then there are these lines:

Just the way she delivers them with that mixture of defiance and disdain is the topper for this song. Akina just comes in like a typhoon and leaves just as quickly. No muss, no fuss. And all in her way will be left as debris in her wake.

Osawa himself provided a cover version of the song as his 25th single in July 1994. The above video shows him giving an even more frenetic take. It was also released as a track on his 12th album, "Collage" from the same year. 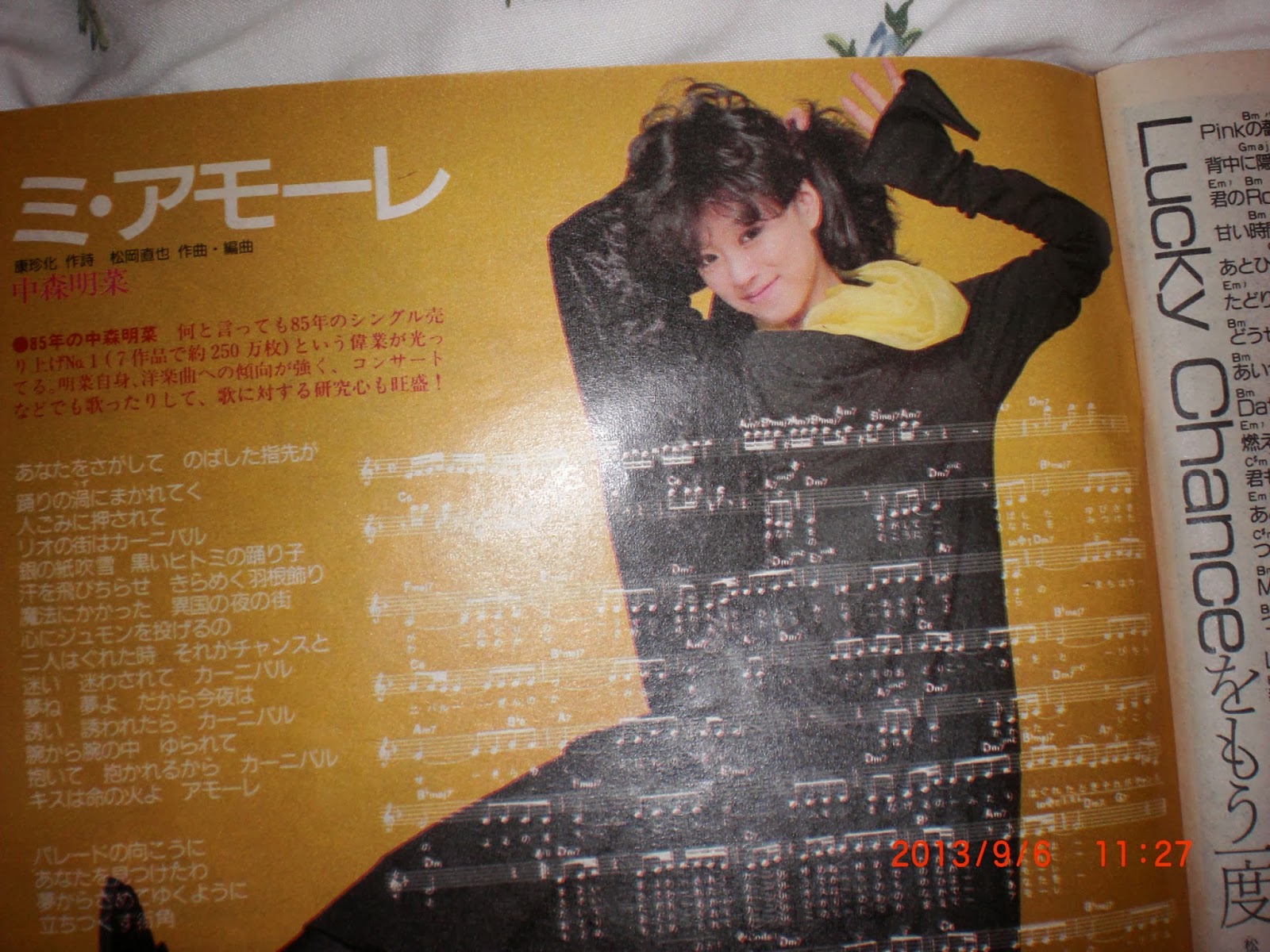