I already have a BEST compilation of Taeko Ohnuki（大貫妙子）titled "History 1978-1984" that I purchased years ago and I think the album contains the most interesting songs that the singer-songwriter had created with the help of her good buddy, Ryuichi Sakamoto（坂本龍一）. However, that particular BEST album didn't cover the Ohnuki/Sakamoto years in their entirety. 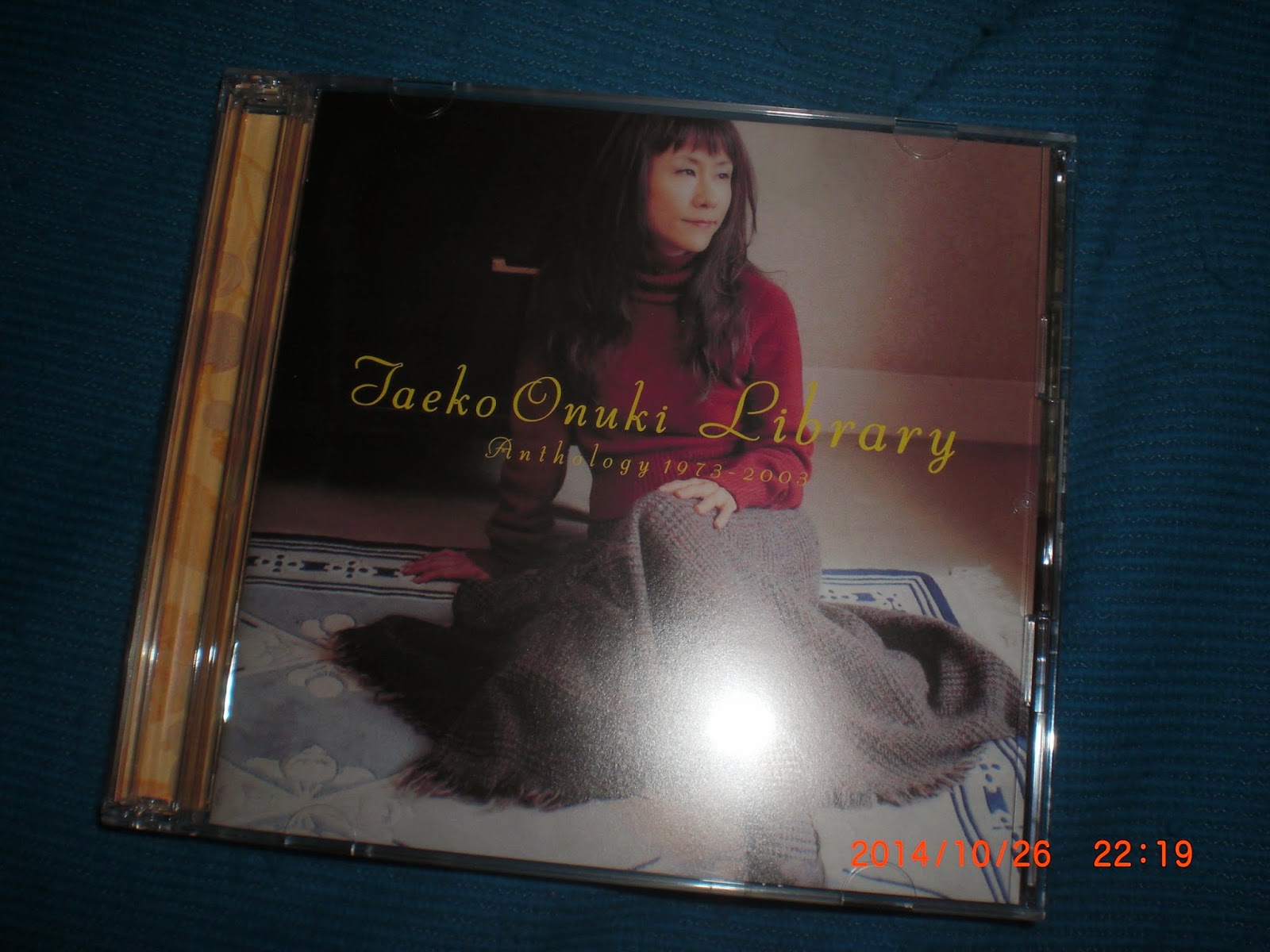 So, one of my purchases in Japan last month was a subsequent BEST compilation titled "Library" which covers her biggest hits ranging from 1973 to 2003...namely her fare from her Sugar Babe days to way beyond those prime years with The Professor.

Within Disc 1, I came across this track which had been released as Ohnuki's 13th single as a solo singer, "Vegetable" from February 1985. It was also a track on her 9th album, "copine" which came out later that year and once again included Sakamoto as arranger. Now in the liner notes in "Library", Ohnuki remarked that as a little girl, she used to listen to a lot of the ol' kayo kyoku and a good lot of the ones she liked happened to be covers of Italian canzone sung by folks such as The Peanuts and Mie Nakao. Well, she infused some of that flavour into "Vegetable". It isn't so much a whimsical ode to a salad, though, as it is to the joys of a spring day.

Her old bandmate from Sugar Babe, Tatsuro Yamashita（山下達郎）, did his own version of a canzone, "Wasurenaide"（忘れないで）for an anime, but it looks like Ohnuki beat him to the punch by several years. And her tribute to Italian music has that interesting technopoppy touch especially when the "pa-pa" synth comes in during the chorus.

According to the information at YouTube, this particular video came from a practice run of "Vegetable" before a concert. Unfortunately, the sound seems a bit wilted (ha ha).

In those same liner notes, Ohnuki mentioned that "Vegetable" also contained a hint from one of her favourite bands, Italy's Matia Bazar circa 1983. I couldn't find anything from that particular year by them but I came across their biggest hit, "Ti Sento" (I Hear You) from 1986. And I really like it! Moreover, I think it would have been a fine addition to Ohnuki's 1980 album, "Romantique" when she fully embraced the technopop sound and changed her musical direction. But by that song's actual release date, Ohnuki probably had already started moving onto yet another course.
Posted by J-Canuck at 8:23 PM