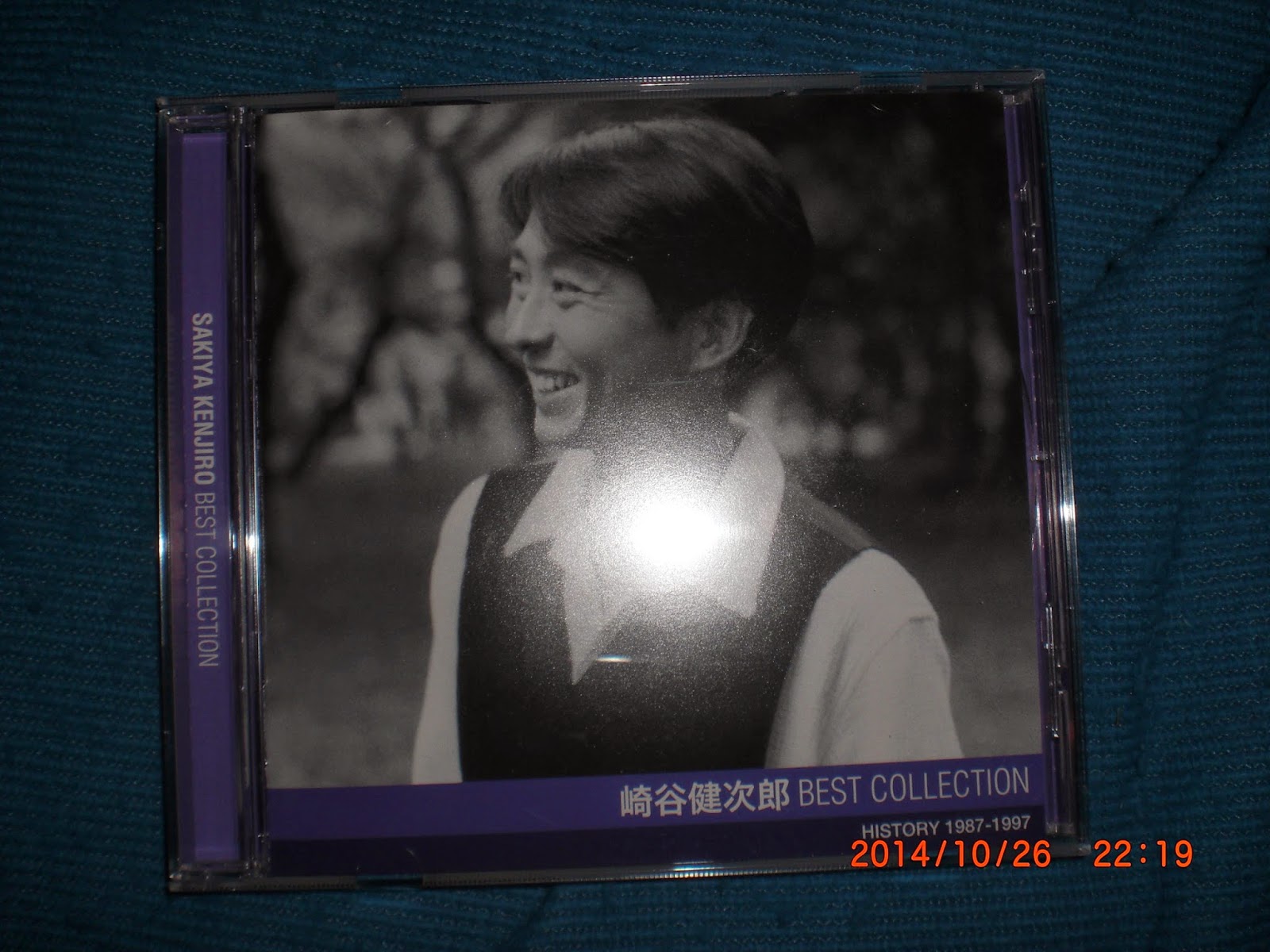 I had quite a few CDs that I wanted to get if possible during my two weeks' stay in Tokyo...and one of them was a BEST compilation by singer-songwriter Kenjiro Sakiya（崎谷健次郎）, based on the strength of the two songs that I have already covered in the blog, "ROOMS" and "Mou Ichido Yoru wo Tomete". As I mentioned in the former article, he is on the same musical wavelength as two of my other favourite artists, Yasuhiro Abe（安部恭弘）and Sing Like Talking.

Here is his "Best Collection":

All of the songs listed were composed by Sakiya.


"Natsu no Polaroid" (Summer Polaroid) was Sakiya's 2nd single released in June 1987 and a track on his first album, "DIFFERENCE" which came out in the same month. There is that feeling of resort pop there as well as some soul in this feel-good song, but what was pretty remarkable that Sakiya sounds somewhat like Noriyuki Makihara（槇原敬之）even before Macky himself debuted a few years later. The album itself managed to get as high as No. 68 on the Oricon charts. I might be pretty interested in getting this disc as well. By the way, as with the two individual songs that I've already covered, the lyrics for "Natsu no Polaroid" were written by Yasushi Akimoto（秋元康）.

Going through this album, it certainly sounds like ballads are Sakiya's particular forte. "Because of Love" was his 7th single from November 1989, and it's quickly become one of the standouts to me from his BEST collection. Shun Taguchi（田口俊）was responsible for the lyrics here.


Here is another ballad on the list, "Namida ga Kimi wo Wasurenai" (The Tears Will Not Forget You) which was his 12th single from November 1991. With lyrics by Goro Matsui （松井五郎）this song was actually the theme tune for what sounded like a historical motion picture, "Edo Jou Tairan"（江戸城大乱...Edo Castle Rebellion）from the same year.

"Kiss no Hanataba" (A Bouquet of a Kiss) goes back to his debut album from 1987. This is definitely a jauntier song with Sakiya singing about a day on the beach with that lovely someone while the sky is glinting off the hood of the car. It sounds like some of those good ol' summer days during the Bubble Era. The lyrics were a joint collaboration this time with Akimoto providing the Japanese side of things and Reiko Yukawa（湯川れい子）inserting the English words. The song was the B-side to Sakiya's first single, "Omoi Gakenai Situation"（思いがけないSITUATION...Unexpected Situation）.

My final selection from his BEST collection is "Ajisai"（あじさい...Hydrangea）which was the coupling song on his 15th single, "Nakanakutemoii"（泣かなくてもいい...You Don't Have To Cry）from July 1993. At first listen, I was caught a bit off guard by what sounded like a hybrid between a country tune and a Hawaiian lullaby, but I was soon charmed by the lanai-friendly charm of it all. Sakiya took care of both words and music here.

Ah, I almost forgot putting in the last track, "Rag Time On The Rug", which is a cute musical interlude that Sakiya provided as some background music for the 1997 Fuji-TV comedy-drama, "Narita Rikon"（成田離婚...Narita Divorce）starring SMAP's Tsuyoshi Kusanagi and actress Asaka Seto. I decided to put this in here since I wanted to show a bit of the singer's jazz background (although I can hear a bit of Herb Alpert in there as well).

Definitely glad that I picked this album up since I want to explore all of the songs some more.
Posted by J-Canuck at 9:54 PM